Funding your business: how the new VentureCrowd site could help 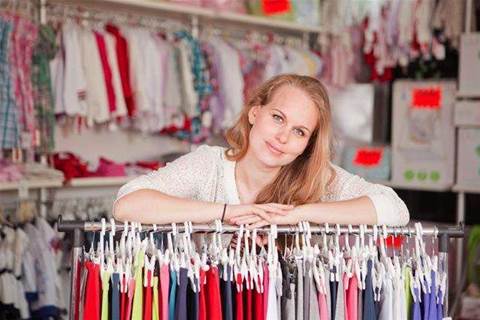 Investors can tip as little as $1,000 into a startup that takes their fancy, once they are approved and registered with VentureCrowd.

Crowdfunding sites are now well established, and include operations such as Kickstarter that allow entrepreneurs and artists to raise funds for a project by offering something tangible in return, perhaps access to the first production run of a new product or a signed copy of a forthcoming novel.

That's all very well - but what if you need capital to grow your fledgling business rather than for a specific project? Or what if you have decided it's time to put some money into other people's businesses rather than your own (we're often advised to diversify our assets), and you'd prefer to back startups rather than established ventures?
Early-stage venture capital firm Artesian has developed the VentureCrowd platform to bring together a screened flow of startups and small investors.
Newsletter Signup

I have read and accept the privacy policy and terms and conditions and by submitting my email address I agree to receive the Business IT newsletter and receive special offers on behalf of Business IT, nextmedia and its valued partners. We will not share your details with third parties.
Once approved and registered, investors can tip as little as $1,000 into a startup that takes their fancy. Given that investing in startups is risky, the idea is that it is more sensible to invest $1,000 in each of ten companies rather than putting all $10,000 into a single business.
"More than 50% of startups fail, and the distribution of outcomes is asymmetrical," said Artesian managing partner Jeremy Colless. "Approximately 90% of the returns in a diversified portfolio come from 10% of the startups. This is the reason that a filtered deal flow and a diversified portfolio are critical strategies for early stage venture investors."
While startup founders will be able to approach VentureCrowd directly, deals will also be sourced through Artesian's partners, which include Blue Chilli, StartMate, Blackbird Ventures, the University of Melbourne, SydVentures, Tank Stream Labs, Vivant, TechBeach, Fishburners, iAccelerate, the University of Wollongong, the Slingshot Accelerator, AngelCube and Future Capital.
"Australia will see more large and successful technology companies such as Atlassian, Bigcommerce, OzForex and Freelancer emerge from the startup scene if early stage venture capital investment is broadly available and incubators, accelerators, university programs and angel groups and associated mentors continue to improve the quality and quantity of startups across the country", said Colless.
He suggested deals available through VentureCrowd could attract some of the risk capital that Australians have traditionally put into small mining and exploration companies.
Registrations are already being accepted from potential investors and startups seeking funding, with the first investments becoming available in early 2014.
Copyright © BIT (Business IT). All rights reserved.
Tags:
australia crowdfunding invest startup venturecrowd
By Daniel James
Dec 11 2013
11:45AM