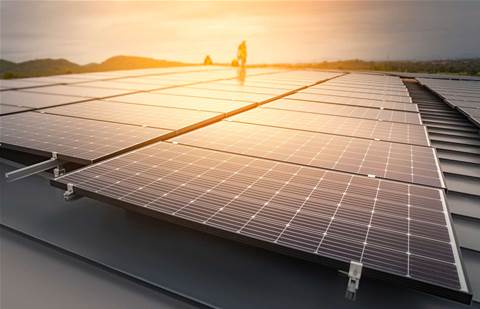 Fujitsu has revealed the installation of a 99.6kW solar panel system on the roof of its Queensland data centre at Eight Mile Plains, as part of a $780,000 investment.

The 249-panel solar system was delivered by Bunjil Energy and covers the entire roof of the data centre facility and is expected to generate more than 148 megawatt hours of energy each year, Fujitsu reported. The generation is said to be the equivalent of the annual energy use of 22 households.

Bunjil Energy, which completed the installation, is a partner of the Indigenous Defence and Infrastructure Consortium (IDiC). Both Bunjil and IDiC are Indigenous-owned and controlled businesses certified by Supply Nation, a leading platform and database of verified Indigenous businesses.

Fujitsu Australia and New Zealand chief executive Graeme Beardsell said the solar install showed that the IT provider was progressing toward its sustainability and Innovate Reconciliation Action plan.

“Fujitsu continues to invest in more efficient operation of our enterprise-grade data centre facilities to support its customers, who are dealing with rapid digital transformation,” he said.

IDiC founder and chief executive Adam Goodes said it was a delight to be working with Bunjil to deliver Fujitsu’s first solar installation at the Eight Mile Plains data centre.

“This project was a technically complex installation that enabled IDiC and Bunjil to showcase the depth of experience and capability of Indigenous businesses in the renewable sector and the opportunity to promote renewables adoption “On Country” in a sustainable way,” Goodes said.

“It’s good to see companies such as Fujitsu investing in growing Indigenous capacity in the renewables sector, which will help Indigenous people be key participants in the low-carbon economy of the future.”

Fujitsu ANZ’s director of responsible business Blaise Porter said the installation at Eight Mike Plan s was a key step in the provider’s mission to reduce the emissions footprint of its operations.

“This builds on strong improvements already made at the Eight Mile Plains site. In 2019, the site improved its NABERS energy efficiency rating from 3 to 3.5 stars, meaning it is saving 478 tonnes of carbon dioxide equivalent annually compared to the market average data centre.”

Fujitsu reported that the solar panel installation was part of a larger $780,000 investment in energy efficiency at the site during 2020, which also included the replacement of several large cooling units and LED lighting upgrades in the data halls and offices.