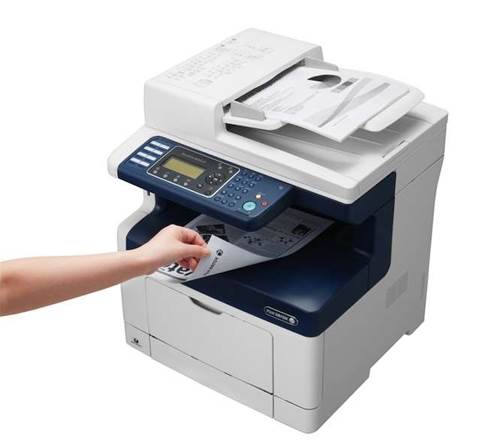 Fuji Xerox's ApeosPort-V C3320 and 4020 A4 multifunctions support AirPrint for easy printing from iPhones and iPads.

Manufacturers are increasingly realising that there's a market for small business printers and multifunctions combining the convenience features of home and SOHO devices with the ruggedness, performance and capabilities of lower-end enterprise models.

Hence we see Fuji Xerox's ApeosPort-V C3320 and 4020 A4 multifunctions, which support AirPrint for easy printing from iPhones and iPads, along with the ability to create searchable PDF files when scanning, and provision for customised workflows to simplify routine tasks.

The C3320 and 4020 both compatible with the Fuji Xerox Working Folder http://www.fujixerox.com.au/products/working-folder/wfold/ cloud-based document management service that provides access to documents from computers, mobile devices (iOS and Android) and certain Fuji Xerox multifunctions.

Fax capability is an optional extra for both models, and they both have a standard paper capacity of 700 sheets and a 60 sheet duplex automatic document feeder, so substantial scanning or faxing jobs can be left largely unattended.

Security has been taken into consideration - the hard drive is encrypted and images can be overwritten, while access to the device is controlled though a system of permissions and authentication, including the option of using smart cards. That's not something every small business needs, but it's there if you do.

The black-and-white 4020 is said to run at up to 45ppm, with a first-page-out time as low as five seconds. Paper capacity can be expanded to 2350 sheets.

The colour C3320 is a little slower at up to 35ppm and 10 seconds first page out. Paper capacity can be expanded to 1250 sheets.