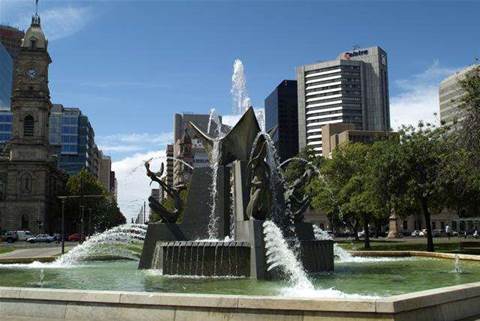 The network will be mostly complete by 2014 after Internode wins the contract to provide the coverage.

We previously reported on the SA government's plan to provide free Wi-Fi in public areas across Adelaide  .
That plan has moved closer to reality with the news that Internode has been given a $1.5 million contract by the state government and the City of Adelaide to provide free (to the user, that is) Wi-Fi coverage across most of the CBD.
Newsletter Signup

I have read and accept the privacy policy and terms and conditions and by submitting my email address I agree to receive the Business IT newsletter and receive special offers on behalf of Business IT, nextmedia and its valued partners. We will not share your details with third parties.
The state is picking up two thirds of the bill, with the remainder coming from the city.
Under the contract, Internode will deploy more than 200 outdoor wireless access points around the Adelaide CBD.
A company spokesperson claimed this will "provide free wireless coverage for about 97% of the northern CBD from Wakefield and Gouger streets to North Terrace" as well as extensive coverage of the southern CBD.
The first part of the new network went live today in Hindmarsh Square.
"Coverage will include the CBD, parts of North Adelaide and public areas such as all the Squares, Riverbank Precinct and the Central Market," said SA Minister for Science and Information Economy Grace Portolesi.
Adelaide Lord Mayor Stephen Yarwood said the network will further revitalise laneways and other public spaces including parklands and squares.
The new network should be largely complete by early 2014.
In addition, the existing CityLan free Wi-Fi network provided by Internode will be upgraded and expanded to match the specification of the City of Adelaide network.
The result will be one of the largest CBD-wide outdoor WiFi wireless networks in the western world, according to the spokesperson.
"Adelaide's expanded wireless coverage will make life even easier for residents, commuters and visitors alike," said Internode founder Simon Hackett.
"It will give them fast free internet access throughout the CBD. Students can use this Wi-Fi to study. Business people can use it for remote access to their office networks. Anyone can use it to stay in touch by email, checking the web for store specials or ordering online – all without affecting their monthly mobile phone data quota. So this is a win for both businesses and for individuals in the City of Adelaide."
Internode also provides free Wi-Fi in Glenelg's Moseley Square in conjunction with the City of Holdfast Bay.
The SA government is also trialling free Wi-Fi on trams and buses, supported by advertising and commercial sponsorships.
Copyright © BIT (Business IT). All rights reserved.
Tags:
internode services wifi
By Daniel James
Aug 8 2013
10:52AM