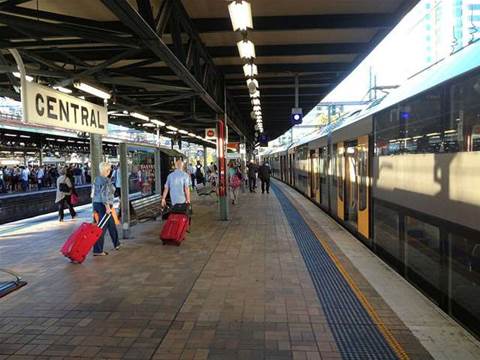 Free Wi-Fi access is now available in Sydney's Central Station, according to an announcement.

Good news if you pass through Sydney's Central Station on your daily commute - free Wi-Fi has been announced.

You will be 300MB of data per day - not particularly generous, but enough for a quick check of email or other messaging applications.
Minister for Transport Gladys Berejiklian pointed out that the Wi-Fi could be used to access the NSW Government's train apps.
Newsletter Signup

I have read and accept the privacy policy and terms and conditions and by submitting my email address I agree to receive the Business IT newsletter and receive special offers on behalf of Business IT, nextmedia and its valued partners. We will not share your details with third parties.
More than 180,000 people pass through the station per day. A press release Ruckus, the company that provided the Wi-Fi requipmen, states that 11 outdoor access points are being used.
Like Melbourne's Flinders Street Station and Moonee Valley Racing Club, Sydney's Queen Victoria Building and hotspots operated by more than 60 city councils, the Central Station network uses equipment from a company called Ruckus that is designed to provide good capacity and performance in areas with competing signals and radio noise.
Copyright © BIT (Business IT). All rights reserved.
Tags:
central free services station sydney wifi
By Daniel James
Aug 26 2013
11:26AM