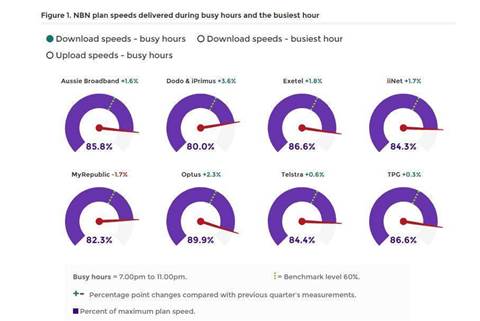 Fixed-line NBN users received an average of 86.6 percent of the maximum possible download speed available on their plans during tests by the Australian Competition & Consumer Commission (ACCC).

That was a positive result according to the ACCC, which stated that it shouldn't be interpreted as NBN providers failing to provide the speed they advertised.

The ACCC tested 1,212 fixed-line NBN connections during November 2019, and has published the results in the new Measuring Broadband Australia report.

Between 7pm and 11pm, fixed-line NBN connections achieved an average of 85.3 percent of their maximum possible download speeds.

During the evening, users on 100/40Mbps NBN plans saw the biggest drop in download speeds. Between 5pm and 9pm, their speeds dropped an average of 5.8 Mbps below their maximum day's speed. 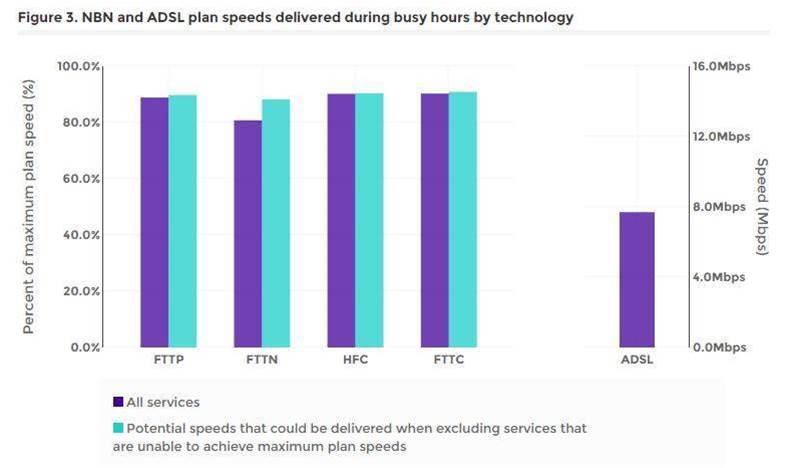 But the ACCC is critical of NBN Fibre-to-the-Node (FTTN) services. “Too many” FTTN users aren’t getting speeds they pay for, ACCC Chair Rod Sims stated.

About a quarter of FTTN users with 50 Mbps and 100 Mbps plans didn’t receive “anywhere near” their full plan speeds, the report states.

“We are pleased to see that speeds have generally improved, however we need more action from NBN Co and retail service providers so that all consumers can access their full NBN plan speeds,” Sims stated.

The TIO reports that complaints about NBN Internet service faults and connections fell from 4,619 in the first quarter of 2019-20, to 3,740 in the second quarter.

The number of complaints to the TIO about NBN telephone services also fell during the same period, from 1,826 to 1,481.