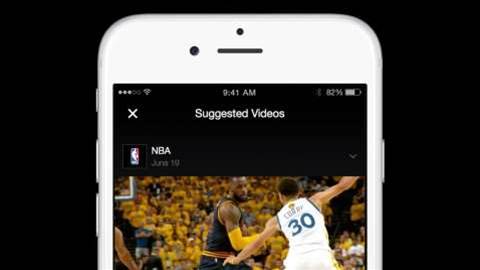 Facebook has always had the ambition to take on YouTube at its own game, but now the company has announced a new video monetisation strategy that could really turn the tables in its favour.

Facebook has always had the ambition to take on YouTube at its own game, but now the company has announced a new video monetisation strategy that could really turn the tables in its favour.

From today, Facebook has introduced a revenue sharing tool for all original videos put onto its service. Facebook is matching YouTube in this regard, giving creators a 55% cut of the money, keeping 45% for itself.

Interestingly, Facebook isn't approaching monetisation from the same angle as YouTube. While you do see videos playing automatically when scrolling through your News Feed, you won't start seeing annoying pre-roll adverts when browsing. Instead, mobile users watching video on the service will be taken to a screen of “Suggested Videos” after their chosen video has finished. It's here adverts will be served up, playing out between videos.

Revenue is therefore split not on a video-by-video basis, but by how long a viewer spent watching each video in a single session. Fortune explains this as watching a one-minute Funny or Die video, followed by a four-minute Fox Sports video; Funny or Die would see a 20% cut of that 55% ad revenue, with Fox Sports picking up the remaining 80%.

With around four billion videos being watched on Facebook every year, video has become rather important in engaging with users. By opening up the platform to revenue sharing, original creators such as Funny or Die, NBA, and Fox Sports see a reason to add value to the content the push out onto Facebook.

“Partners say they'd publish a lot more if they could get benefit of distribution but also make money,” said Dan Rose, Facebook's vice president of partnerships.

Facebook has rolled out “Suggested Videos” to a select group of iOS uses over the last couple of weeks to test the water. From today more users will gain access to the service, with plans to expand to Android and PC users over the coming months.

I have read and accept the privacy policy and terms and conditions and by submitting my email address I agree to receive the Business IT newsletter and receive special offers on behalf of Business IT, nextmedia and its valued partners. We will not share your details with third parties.
Copyright © Alphr, Dennis Publishing
Tags:
ad revenue sharing facebook fox sports revenue sharing services video creators youtube
By a Staff Writer
Jul 2 2015
11:40PM