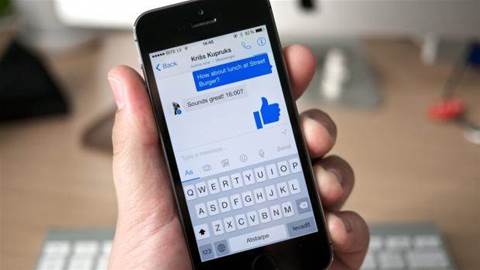 "Using older versions of apps means that experiences won't work well or sometimes not at all," the social media giant explained in a blog post. "As a result, we are asking people who are using older versions to upgrade so they can enjoy more of the delightful features of Messenger."

In terms of operating systems, Facebook and Messenger apps will no longer be supported by Android versions 2.3 and older or Apple iOS versions iOS 7 and older. All Windows Phone operating systems will be largely affected as well.

While Facebook provided information on which versions and operating systems will be affected by this decision, one question still stands: How many users will lose access to their Facebook messaging apps?

In the grand scheme of things, not that many.

Windows Phone operating systems only account for 1.4% of the current total market share, 0.98% when strictly looking at OS 8.0 and 8.1, according to NetMarketShare, while only 1% of users are running Android 2.3 Gingerbread, according to the Android developer portal.

Apple users will be the most affected by this decision, though, as 4% of users are currently using iOS 7 or older versions, according to podcaster David Smith, across all Apple devices.

Still, with over one billion people using the Messenger app every month, it would be fair to say that many smartphone users will be losing access to these apps.