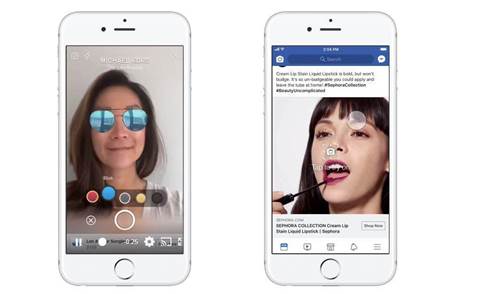 Looking to grab Facebook users' attention? Here's another way to do it.

Facebook users can tap the ads to see what glasses would like on their own face, without leaving Facebook. They must also enable their smartphone camera.

Facebook began making the “Virtual Try On” feature has been available in 2018, but Clearly.com.au claims to be the first Australian advertiser to use it for Facebook advertising.

“We launched the AR try-on on our site last year and already have seen it resonate with consumers. Furthermore, by removing barriers for online optical purchases and turning the AR tool into an ad, we’re now able to reach potential customers who may not have known that virtually trying on before you buy is even an option,” explains C, Duncan Brett.

Other brands that have used the Facebook’s advertising feature include Michael Kors, Sephora and WeMakeUp.

Late last year, Facebook announced it was opening up the AR ads beta program to all advertisers around the world. At the same, it also announced it was bringing video poll ads to mobile users.

Here's what Clearly.com.au's Virtual Try On advertisement looks like: 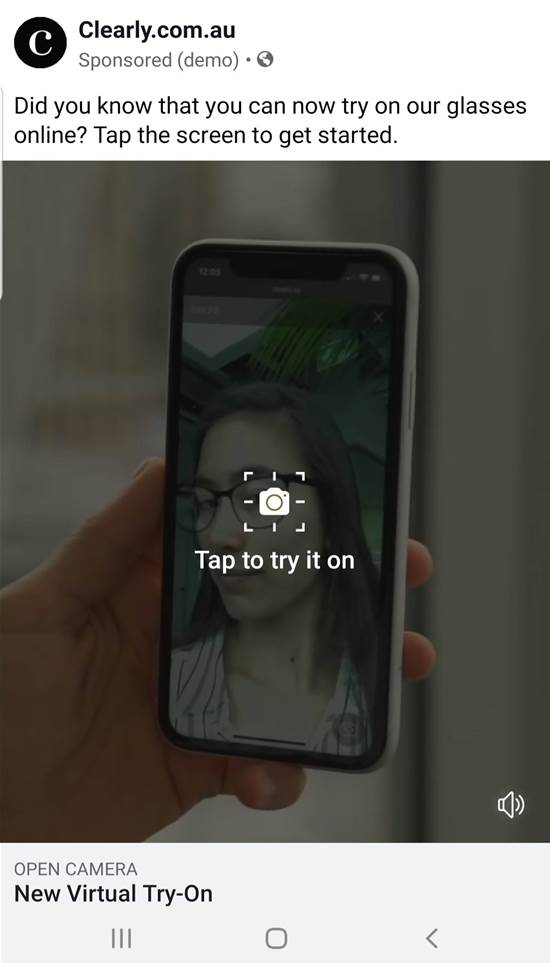