Expand the effective capacity of your iPad or iPhone 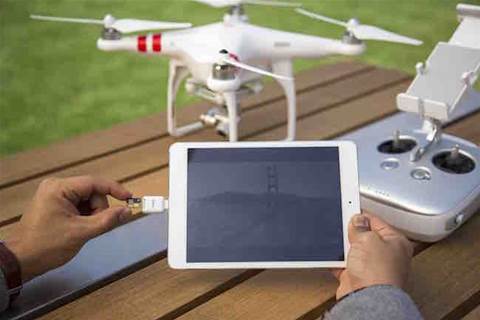 Lexar's microSD Reader is a flexible way to move files on and off an iPad or iPhone.

One of the drawbacks of iOS devices like the iPad and iPhone is that there's no removable storage option, such as a microSD card as used with many other phones and tablets.

Apple seems to think that cloud storage is the answer, but that assumes you can afford the associated mobile broadband costs.

Accessory makers have come up with a variety of workarounds, some of which have appeared in BIT (Boost mobile phone storage wirelessly, SanDisk adds to your portable storage options, Need to transfer files from your tablet to your computer?).

Lexar's latest addition to this market segment is its Lightning-compatible microSD Reader.

Priced at $54.95, the microSD reader should work with any microSD card up to 200GB capacity, although Lexar warns that it is designed for and tested with the company's own memory cards.

The adaptor can be used to view photos or videos taken with a camera, or – in conjunction with a free file manager app – to transfer files between the iPad or iPhone and the microSD card, making it easy to exchange content with other mobile devices that use such storage cards, or to upload new photos and videos to the cloud while travelling.

The tiny microSD Reader is designed to plug into a recent iPhone or iPad's Lightning port even when the device is inside a case.