Every weekend could be four days long, if the will was there 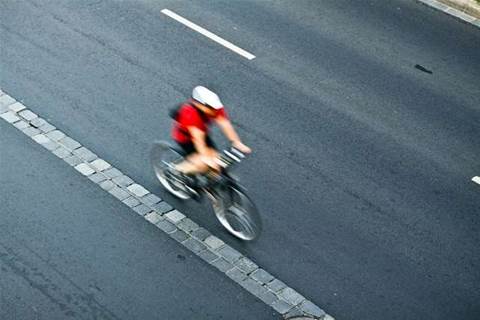 In a world of iPhones and drones, people are right to wonder why they are still working so hard.

In a world of iPhones and drones, people are right to wonder why they are still working so hard. The past century saw huge technological advances and yet there hasn’t been a corresponding increase in leisure time: people are working as hard as ever.

The Easter break lasts for four days; couldn’t every weekend be like this?

Proponents of shorter work time have received two pieces of goods news recently. One is the announcement of a new law in France to prevent employees being required to read work emails out of office hours. The other is the decision in Sweden to experiment with a six-hour work day for some public sector workers.

These two proposals go against the grain in several respects. The French legislation challenges the prerogative of employers to require workers to be on call when not at work – it recognises that modern technology such as iPhones has extended work time, without additional pay, and seeks to protect and promote the “free time” of workers. The Swedish experiment challenges the norm of a 9-5 work day – it recognises the potential economic and social value of a shorter work day and is consistent with a broader movement to promote leisure time as a means to a higher standard of life.

But the two proposals are also relatively limited in scope. The French law only says that workers should not have to check their work emails after 6pm. There is a concern that workers could still feel pressurised to read emails out-of-hours and there is a question mark over whether the law will be enforceable in practice. The legislation also only covers a section of white collar workers, leaving the rest of the workforce unprotected. The Swedish experiment is limited only to public sector workers. There is no requirement on the private sector to experiment with shorter work time – the quest to deliver positive returns to shareholders is likely to mean that most private firms will continue with normal patterns of work time.

Experiments in shorter work time, however, have proved successful, suggesting that the private sector might benefit from their implementation. WK Kellog – of cereals fame – famously improved productivity at his plant by operating a six-hour work day. The economic benefits from shorter work time stem from workers being more refreshed and focused at work. Six productive hours can yield the same output as a full eight-hour work day.

Evidence shows that longer work hours make us less productive. The example of the Netherlands shows how shorter work time can be achieved without a reduction in productivity and in living standards. Longer work hours are also associated with poor health and higher mortality rates – we may be risking our lives by working longer.

But, given the benefits on offer, why are we not working less? Here are five reasons:

Consumerism: Workers are swayed by mass advertising and sophisticated marketing to demand more goods and services which in turn requires that they work more.

Inequality: Workers are more likely to enter into competitive forms of consumption and to feel more pressure to work longer where levels of inequality are high. Evidence shows that countries with higher inequality tend to have longer work hours.

Household debt: The build-up of household debt, especially in the US and the UK, has put added pressure on workers to work longer.

Technology: Gadgets such as iPhones and laptops have meant that workers can be at work even when commuting to work or at home.

Taken together, these points indicate that legislation to reduce work time is essential. Employers won’t voluntarily reduce work time, and workers remain unable or unwilling to opt for shorter work time themselves. We must gain the collective will to curb the time we spend at work.

Other countries can learn from the example of France and Sweden. But given the barriers to shorter work time, wider reforms will be needed if we are to ever achieve a four or three day working week.

The goal of working less may appear utopian. But the quality of our lives inside and outside work depends on its achievement.

David Spencer receives funding from from the EU FP7, ESRC, and EPSRC