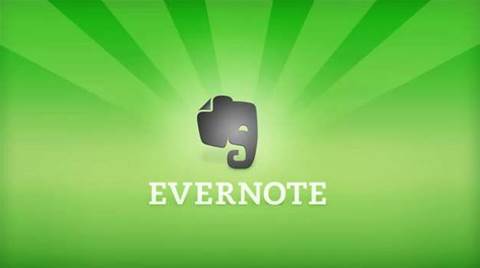 If you use Evernote as your go-to app for notes and lists you might find this Kyocera app very handy for printing or scanning.

Evernote is one of those apps that doesn't sound like much but is incredibly useful. It looks like a note-taking app but adds audio recording, the ability to take photos, web clipping and email input so that it can can capture just about any unstructured information you deal with.

Evernote is one of my most important applications. I install it to every device I use - Mac, PC, tablet and smartphone - and use it for capturing information as I go. As all the data is synchronised to the cloud I can make notes on my tablet, refine them on my computer and then send them out directly from Evernote.

One of the neat features of Evernote is that it is supported by an increasing array of devices that can send their output directly to your Evernote library. Kyocera is the latest company to jump on the Evernote bandwagon.

The Kyocera Cloud Connect application allows users to upload and store files to their account on Evernote directly from the touch screen control panel of a Kyocera multifunctional product. If you need a hardcopy of any document you can print directly from Evernote to a Kyocera device.

Kyocera Cloud Connect allows users to scan to Evernote. When you scan a document, it can be automatically uploaded to Evernote without the need to send scanned files to, or from, a computer.

You can also print from Evernote by using the touchscreen on new Kyocera devices. Information stored in Evernote can be printed without the need for a computer or tablet.