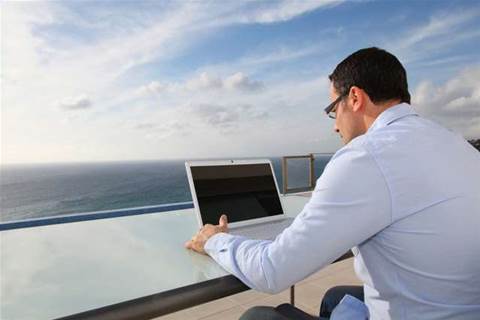 Despite the rise of social networks and messaging apps, email continues to be the dominant mode of written electronic communication. Over the next few years, email use will continue to grow in the business world and decrease by less than 4% each year for consumers. The average business worker will have to deal with 140 emails a day by 2018, up from 120 emails a day now.

Although perhaps not surprising, the fact that we will continue to have to deal with unmanageable amounts of email is a testament to the fact that behaviour significantly lags technology and that technology still hasn’t come up with a particularly good way of dealing with the deluge of email we all have to manage.

Like dieting and getting rich quick, there is no easy and foolproof path to an empty inbox. The trouble with any of the schemes like “inbox zero” and “Getting things Done” or “GTD” is that it still requires discipline, effort and more importantly, time. None of it guarantees that the email arriving will be dealt with efficiently nor that it won’t cause the receiver undue amounts of stress. Email software that claims to assist with this process is therefore likely to be overstating the benefits that it can actually deliver.

The problem with email is not that you have something sitting in queue that requires clicking, dragging, deleting, archiving or saving until later. It is that you have requests sitting in a queue asking for an action from you which may require anything from the time it takes to read the email and respond, archive, delete, file, etc. to initiating a major piece of work that takes days, months or years.

Dealing with email becomes a process of actually assessing how much work is being asked of the recipient. The difficulty is that these requests don’t come from a carefully considered project manager who knows what your current work obligations are; they are largely random requests that could arrive from anywhere. Each request is usually independent of all others and the sender of the email is expecting a response as if their request was the only one sitting in your inbox, instead of the hundreds that are likely to be there.

This means that the only effective strategy that we have to deal with email is to find ways to either say no or yes to each email that arrives. If the answer is no, then the question becomes, do you delete with no reply, or delete after replying with a courteous “no”. If the answer is yes, then the question is whether to deal with it immediately, delegate or set it up as something that will be dealt with in the future.

From a software perspective, the primary feature needed in an email application is the ability to delete. There is little point in ‘archiving’ these emails because you have decided it is something that you are not going to be able to do. In a worst case scenario in which you delete something that later does become important, the person requesting can always re-issue that request by sending a new email.

Given that every other action in dealing with email is secondary to being able to delete, it is surprising that Google in particular has built its email around the concept of never having to delete emails. In the “Trash” feature of Gmail, they declare:

“Who needs to delete when you have so much storage?!”

Google, and other cloud email providers, have a vested interest in getting customers not to delete their emails and archiving them instead. For a start, their aim is to get people to have to pay for extra space when they fill up their free allocation. A second motivation is the ability to use the information stored in archived email for analysis and marketing purposes.

Google’s latest email application Inbox, which is currently in an invite-only beta, is another attempt at re-arranging email that has not been discarded. Although a “pretty” update on the more utilitarian Gmail application, it does nothing to help with actually what matters, which is to get rid of as many emails in as short an amount of time as possible. Inbox emphasises bundling of emails into categories like travel, finance and “purchases”. Unfortunately, this simply groups things together in a largely superficial way and doesn’t distinguish on the basis of what is important and not important, what needs to be actioned and what can be ignored. Deleting an email is a two step action, with the delete function being accessed through a menu.

Dropbox is another company with a vested interest in getting people to archive emails rather than delete. Like Google, they make the email functionality free on the basis that it will encourage people to use space that they will eventually have to pay for. Their email product Mailbox again sets default actions to emphasise archiving, “snoozing” to have emails reappear later, and filing. Finding out how to delete an email and even setting this up as the default action is made more difficult than necessary.

The only way email will become less burdensome and manageable is for people to stop sending it in the first place. Perhaps two key features for an ideal email application would be a large question that comes up every time you send an unsolicited email that asks “Do you really need to send this email?” The second feature would be to make it extremely easy to delete emails. Everything else is going to be largely surplus to requirements.