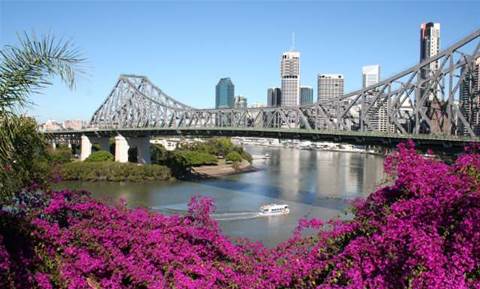 Looking for some good advice on running a tech-based business? An upcoming event is promising 600 mentoring sessions across Queensland.

Aspiring Queensland entrepreneurs who are looking for business advice will have a chance to ‘speed date a mentor’ at an event being held at startup hubs in eight cities across the state.

The Mentor Blaze is a two-hour event where anyone with a good business idea will be able to pick the brains of a number of experienced businesspeople and technical experts in a series of short 20-minute one-on-one advice sessions.

The program is organised by the University of Queensland’s ilab technology accelerator and incubator, with the events running concurrently in eight cities from 4pm to 6pm on Wednesday October 5.

The events are being held at ilab in Brisbane, The Space in Cairns, the Sunshine Coast Innovation Centre, Canvas Coworking in Toowoomba, Startup Mackay, Startup Capricorn in Rockhampton, InnovationNQ in Townsville and Firestation 101 in Ipswich.

ilab director Bernie Woodcroft told BIT he anticipates that a total of around 600 mentoring sessions will take place across the state as part of the event.

“There’s a lot of people out there who have an idea that they think probably might be a good one and need some advice around that, but aren't quite sure how to go about that,” he said.

“What we try to do is offer a place where you can come to one event and get to speak to four or five mentors in the one two-hour session, and that way you get a variety of responses to your idea that is really high value.

“We keep the cost really low – it's really just a matter of covering the catering costs as much as anything – and we try to get as many mentoring sessions as we can.”

Woodcroft anticipates there will be around 30 mentors at the Brisbane session, with the number likely to be smaller in the regional cities. There will also be some sessions over Skype.

"The way it works is each centre gets its own group of local experienced entrepreneurs, investors, a smattering of experienced service providers, and people who know about things like selling into corporates and government, which is very useful for startups,” he said.

The Mentor Blaze is one of a number of events organised across the state each year through the University of Queensland’s ilab program.

“ilab is a technology accelerator and incubator that has been around since the year 2000, which makes it one of the more experienced programs in the country,” Woodcroft said.

“We've run around eight accelerator programs, which we call Germinate, over the past four years. We have supported over 100 startup companies in those past four years. Those companies have had seed funding of around $8 million since the university has been responsible for operating ilab.”

The event is primarily aimed at getting new entrepreneurs and founders into startup centres around the state and allowing them to test their ideas.

“We have a group of technology mentors who know how you go about building a technology-based product, what’s appropriate for a minimum viable product, what you need to think about as you expand and scale, building the right amount [of your product] at the right time, finding co-founders and the challenges of [being a sole trader],” Woodcroft said.

“But we keep that to a smaller percentage, because it’s not about that, it’s more about helping people understand what they need to do to validate their idea is actually reasonable.”

While mentors aren’t paid or charged for participating, Woodcroft said the event is a good opportunity to give back to the community.

He encourages experienced businesspeople and advisors who want to get involved, particularly in the regional cities, to get in touch their local startup centre.

“We’re looking for experienced entrepreneurs who have started one or multiple businesses and who understand what it takes, the risks you have to take, the effort that needs to go in, the hustle you need to have to make a business work as a mentor,” he said.

Entrepreneurs and experienced business advisors interesting in participating can find out more on the Mentor Blaze website.