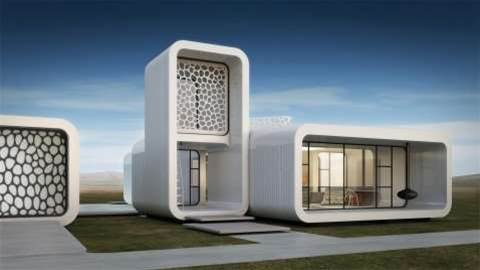 If any city in the world was going to announce a 3D-printed office, complete with internal walls and furniture, Dubai would be high on the list of likely candidates.

Dubai has a history of coming up with expensive and impractical-sounding buildings. The Burj Khalifa, standing is the world's tallest man-made structure at 829.8 metres, and then of course there's the (sinking) man-made islands, not to mention the indoor ski slope, built at great expense in a country that hits 45˚C in summer.

So now, plans have been announced for the 2,000ft² office to be built, layer by layer using a 20ft-tall 3D printer. The materials used for both the building and the furniture inside will be a mix of reinforced concrete, gypsum and plastic.

The work is to be carried out by Chinese 3D-printing firm Winsun Global – a company with a history of large-scale 3D-printed projects, including a six-storey apartment building.  Appropriately enough for such a futuristic-sounding project, it's initially going to house the staff of the "Museum of the Future:.

“This building will be a testimony to the efficiency and creativity of 3D-printing technology, which we believe will play a major role in reshaping [the] construction and design sectors,” said HE Mohammed Al Gergawi, UAE minister of cabinet affairs, introducing the project in a press release.

The plan is to make the building process both faster and more efficient, with the Gulf state claiming that costs and construction time should be reduced by at least 50%, and that construction waste should also drop by 30-60%. No timeframe or projected costs have been given, however; considering the eye-watering price of some of the projects mentioned above, their idea of modest construction costs might be very different to yours or mine. 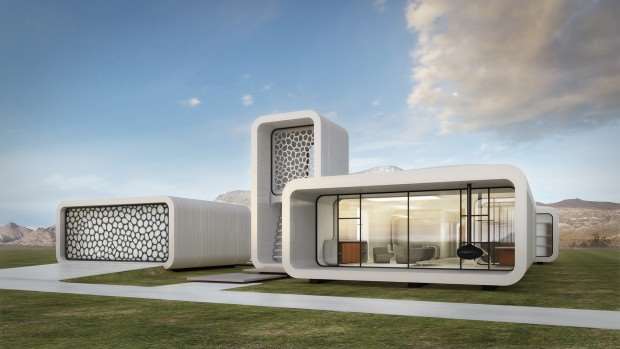 In the meantime, these pictures provide a look into what we can expect – assuming the finished article matches the promise.

I have read and accept the privacy policy and terms and conditions and by submitting my email address I agree to receive the Business IT newsletter and receive special offers on behalf of Business IT, nextmedia and its valued partners. We will not share your details with third parties.
Copyright © Alphr, Dennis Publishing
Tags:
3d printer apartment building dubai functional office
By a Staff Writer
Jul 2 2015
11:40PM