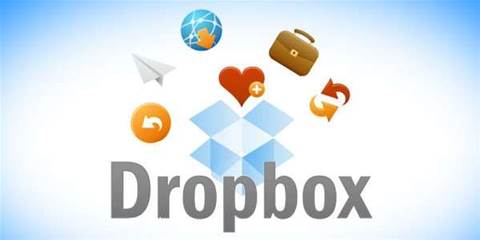 Dropbox is an understandably popular way of synchronising files between devices and for sharing files with other people. But there's on thing I find irritating about it.

The 2GB of cloud storage you get for free now seems rather puny compared with OneDrive's 7GB and Google Drive's 15GB but Dropbox makes up for that in other ways, including particularly broad device support: Windows, OS X, Linux, Android (including Kindle Fire), iOS and BlackBerry.

The thing I find most irritating about Dropbox is that everything you want to sync has to be put into one particular folder - the Dropbox folder - and you have no simple control over where that is located.

Yes, there are various workarounds but they are platform-dependent (eg, on OS X and Linux you can put a symbolic link to a file or folder into the Dropbox folder) and may have serious drawbacks (eg, with Windows, the actual file or folder has to be in the Dropbox folder so the workarounds moves it from the original location - but that can be problematic if the original was on a different drive or partition).

LogMeIn's Cubby takes a different approach, allowing you to turn any folder into a 'cubby' (synchronised and sharable folder) with ease. That, I believe, is the way it should be done, so please Dropbox, give us something similar.

And for the privacy conscious, paid versions of Cubby allow for direct synchronisation of files between devices and without a copy of the data being stored in LogMeIn's cloud, but that comes at the cost of some flexibility.

Postscript: Why don't I simply switch to Cubby? Thanks to promotional and referral bonuses my free Dropbox account has a lot more than the basic 2GB of storage. A free Cubby account provides 5GB, by the way. Also, from time to time people want to share Dropbox folders with me when we are collaborating on projects. Another issue for some people would be Cubby's lack of support for Linux (other than via WebDAV access, which has certain limitations) and for BlackBerry.