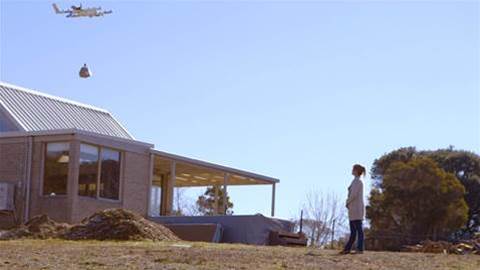 Businesses in the Gungahlin district of Canberra look set to gain new opportunities to deliver goods via drone, with US company Wing seeking to expand drone delivery trials in the area.

A small group of Canberra businesses have been working with Wing since 2017 to deliver chocolate, meals, freshly made cappuccinos and medicine via drone to customers' houses in selected locations.

Now, The Canberra Times reports that Wing has secured a warehouse in Mitchell in the Canberra suburb Gungahlin. Wing's web site states the site will be home to its “first ongoing delivery facility”, which the company claims will be the first of its kind. It says the development marks a "new chapter" of its journey in Mitchell.

The drone company - owned by Alphabet, which is the parent company of Google – wants to co-locate its new operations with other small businesses. These will include companies that sell food, health products and over-the-counter medicines, according to Wing’s web site. Wing is inviting local businesses to contact it about this.

Wing is also planning to contact residents in Franklin, Harrison, Crace, Palmerston and Gungahlin to “get their views on drone delivery”.

Wing claims to have made more than 1500 deliveries in the area, including deliveries of freshly made coffee. Customers use Wing’s app to place their orders. The video below by Wing shows the service in action:

The drones can carry up to 1.5kg and are capable of flying for about 20km. When they reach the delivery destination, they hover about seven metres off the ground and lower the package, which is attached via a line. Wing says pilots monitor the drones and can take control if necessary.

It is promoting the service as faster and more environmentally friendly than deliveries sent via vehicles. It also claims its drones can help small businesses reach more customers.

The long-term goal is to learn “how drone delivery might be useful in people’s everyday lives by transporting meals, groceries, medicine, and even spare car parts in the event of a breakdown,” states the web site of Alphabet’s X Development, which initiated the Wing project.

No doubt there will be a plenty more testing. Safety concerns are just one of many obstacles to overcome. Wing is “working working with civil aviation authorities and air traffic control to secure and maintain the appropriate permissions and licenses."

Businesses will also want to know how much it will cost to use drone deliveries. Whether the wider public warms to the idea also remains to be seen.