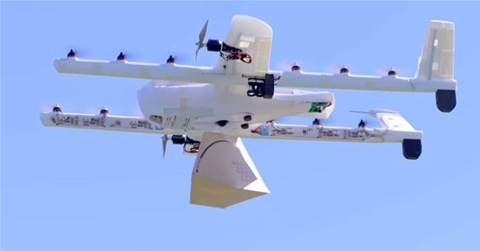 Companies selling coffee, food, golf products and other items are involved in a project using drones to deliver items to homes.

US company Wing has cleared another hurdle in its efforts to pioneer drone delivery to Australian homes.

The company will receive permission from the Civil Aviation Safety Authority to fly its drones in Mitchell and the surrounding suburbs in north Canberra, according to the ABC.

The company – which is owned by Alphabet, the parent company of Google – has been testing drones in Australia since 2014.

It has made more than 3,000 drone flights near Canberra, delivering everything from chocolate, burritos and even coffee.

Customers use an app to order items, and pick up their purchase after drones use a line to lower the items to the ground.

Wing is pitching drone delivery as a faster, safer and more sustainable way for businesses to reach more customers.

The company’s blog also touts the convenience of drones for the public: “Whether you’re a parent with a sick child at home and have run out of baby paracetamol, a busy professional who forgot to pick up fresh bread during your regular weekly shop, or you simply just want to order your morning flat white without the hassle of having to drive to the cafe, Wing has teamed up with local Canberra businesses to give customers the opportunity to have a range of goods delivered in a handful of minutes,” the blog states.

However, there have been noise complaints about the drones in the past, according to the Canberra Times. It reports that Wing now has a quieter drone.