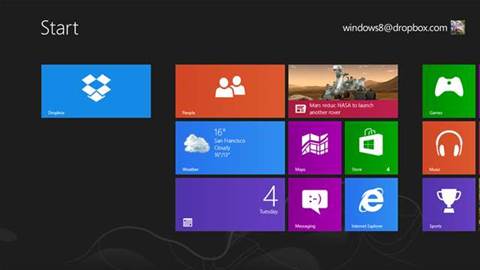 Get the free Dropbox for Windows 8, which is available for download now.

The new Dropbox for Windows 8 means there's now a Dropbox app for Windows 8 that lets you browse, view, open and preview all of your files and photos in your Dropbox account and save files from other Windows 8 apps directly to Dropbox.

Unlike previous versions that just added a special folder that synchronised with your online Dropbox account, the new version takes advantage of the new Windows 8 interface.

If you're using Windows 7 or earlier, there's no need to download the new application.

The big question is whether, under Windows 8, Dropbox offers a better experience than Microsoft's Skydrive?