Don't see the point in having your own Youtube channel? Watch this… 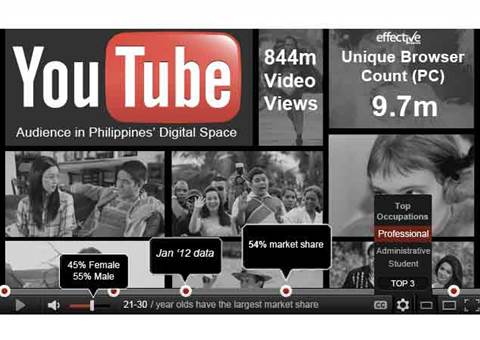 This husband and wife business team has over 1.4 million subscribers to their Youtube channel. You won't believe what they're selling.

What business could be so popular that more than 1.4 million people would subscribe to the Youtube channel?

If you picked hair extensions we're impressed. Yes, there's a husband and wife business getting the sort of interest that many other startups probably dream of, thanks to videos about "3 Hairstyles for a Bad Hair Day" and tips on things like "Perfect Summer Braids".

If you're looking for a reason to make setting up a Youtube channel for your business your holiday project this Christmas (or you've never understood the point) then this might get you thinking.

The business is called Luxy Hair, and they sell clip-in hair extensions which their site promises will "instantly transform your natural hair into mermaid-like, long, gorgeous locks".

Just look at the interest in their videos: their most popular video shows how to do a "Five strand braid" and has been viewed more than 11 million times. That's more views than the most viewed video on the White House Youtube channel when we checked.

We came across the story of this Youtube channel on the blog for ecommerce platform Shopify.

First thing to note: the quality of the videos is quite good. Clearly there's been effort and planning put into this - someone without video experience hasn't just whipped out an iPhone in their lunch break and made it up on the spot.

Second: the operators say the business was "entirely grown" through this Youtube Channel, according to the Shopify blog. Only recently they started "experimenting" with paid marketing.

Your jaw might be on the floor if you've been putting money into Google Adwords for years, and we'd suggest you'd be limiting yourself if you ignore advertising. But, it's a reminder that you shouldn't ignore content marketing too.

This isn't free. No doubt there's a lot of time that goes into a Youtube channel like Luxy Hair. Still, if you're clever about it and put some real care into it, then this is the type of thing that occasionally does wonders for lucky businesses.

You're kidding yourself if you think it's easy to get this kind of popularity. But for the lucky ones, when interest takes off it really takes off. Two others which come to mind are Black Milk Clothing, which are known worldwide for women's leggings, and Miishka, run by a woman selling fashion on her own Facebook store who claimed 1,000 unique buyers in the first six months.

The Shopify blog post is also worth reading for a few other interesting tips - the Luxy Hair owners rave about third party fulfilment warehouses. They also mention they sourced their hair extensions through the Alibaba web site.

It's good to be aware that not everyone finds success with ecommerce. But it’s nice to know it's possible.