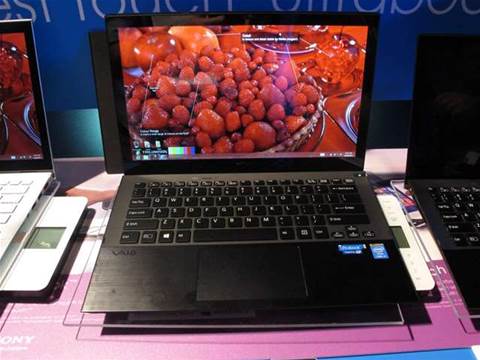 Laptop makers are claiming more battery life for their latest hardware. But how long do they last in real life?

For various new laptops going on sale in 2013, some laptop makers are promising longer battery life than ever before (due in part to Intel's new 4th generation Core chip).

One of these laptops is Sony's Vaio Pro 13, which Sony claims can deliver eight and a half hours of use before you need to plug it in to recharge.

We've been using this laptop for a few days now. So how did it last during a typical day? As we've done with other gadgets before, we decided to keep a diary to see how long the laptop lasted.

So based on our experience, the Sony Vaio Pro 13 will stretch to half a work day before you need to start searching for a power outlet. It ultimately fell short of Sony's measure of eight and a half hours, but of course, how long the battery lasts will vary depending on how you're using the laptop.

There is the option of equipping the laptop with an extra battery, which Sony claims more than doubles the battery life.