Do you really need a landline? 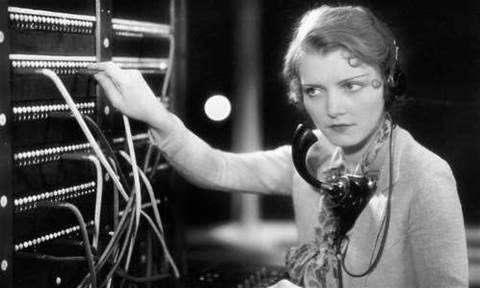 Everything a landline phone can do, a mobile can too. So why bother with a landline?

The decision to do away with your small business's landline phone should be made from the customer's perspective.

There's a temptation to assume that everyone uses a mobile and is on a plan that makes the marginal cost of a call zero. If that was the case, customers wouldn't care whether you're reachable on a fixed line or a mobile. But many households still have landlines on tariffs that charge by the call, and charge more for calls to mobiles than to local fixed lines. For example, on Optus's $22 a month home phone plan local calls cost 30c while there is a 45c flagfall for calls to mobiles, followed by a 20c per minute charge.

Similar things happen with the VoIP plans that are increasingly widely used by businesses and households that want to reduce their communication costs yet don't spend enough to get value from unlimited fixed or mobile calling plans. For example, MyNetPhone's MegaSaver plan costs $9.95 a month including the first 200 local/national calls (subsequent calls cost 10c each) but all mobile calls are charged at 20c per minute.

So if it's never cheaper for customers and potential customers to call your mobile than a landline and it may be more expensive, why would you do away with a landline - or at least a VoIP service with a landline number - and risk them calling a competitor instead of you?

A landline number also provides a fixed reference point. If you're more than a one-person business it makes sense to have a specific number for your office, shop or other premises. People can then ring and ask what time you close that day, whether you sell a certain item or provide a particular service, or if their order is ready for collection. They don't care who they talk to, they just want an answer, and with a fixed line it's pretty clear that the phone is on the premises. It is possible to have a mobile that stays in the shop or whatever, but it isn't apparent to customers that they're calling the premises rather than a particular person.

A related point is that a landline number provides at least the illusion of localness, and some people simply prefer to spend their money close to home. A fixed-line number can provide that hint, but with a mobile you'll have to make it clear in other ways.

And if you have a 1300 or 1800 number so customers can contact you more easily or cheaply, be aware that the per-minute forwarding cost can be significantly higher if you route incoming calls to your mobile rather than to a landline. We've seen charges ranging from 50 percent to 400 percent higher for mobiles. Depending on the number of calls you receive and their duration, that may mean you can quickly recoup the costs of a landline that you wouldn't otherwise need - especially if you make it a VoIP service rather than a conventional fixed line.