Do you really need a DVD drive in your new laptop? 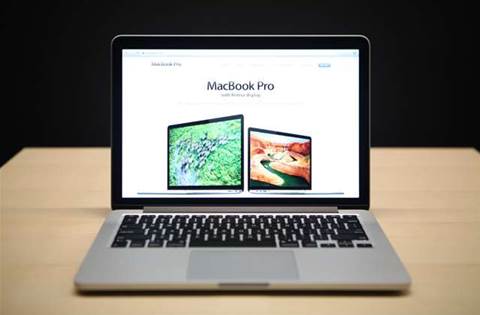 For the last two years the DVD drive in my desktop computer has remained unused. This is how I avoid using discs.

Both the new MacBook Air Pro 13-inch with Retina display and the new skinnier iMac desktop computer announced this week by Apple don't have DVD drives.

So do you really need them?
For the last two years the DVD drive in my desktop computer has remained unused.
Newsletter Signup

I have read and accept the privacy policy and terms and conditions and by submitting my email address I agree to receive the Business IT newsletter and receive special offers on behalf of Business IT, nextmedia and its valued partners. We will not share your details with third parties.
In that time all the software I purchased was via an app store. I've purchased a few movies on Blu-ray for the loungeroom but the vast majority have been purchased digitally. The same goes with music.
Use a USB stick
My most recent notebook computer was a MacBook Air and the recovery "disk" is a USB stick that comes in the box. When I needed to reinstall its system a while ago, I used a USB stick that I prepared using the latest version of OS X from the App Store.
My recent installations of Windows have been done the same way using copies of Windows procured through my developer account (though this is not something everyone has).
For me, the need for a DVD drive on my computer has passed. Is the same true for your office computer?
Use a server
Depending on the size of your business, you might have a small server. It's possible to copy application "installers" from DVDs to the server's hard drive and run the installation from there, onto the the laptops and desktop computers that connect to it.
So, while the DVD drive is handy on the server, it's less critical to have in the other computers around your workplace.
Copy discs to a hard drive before you get your new computer
Technology companes can be cavalier with claims that "everything" is done via the cloud but the reality is that most of us have software that is installed via DVDs or CDs. In many cases, we have data backed up to disks. If our new computers don't have drives what do we do?
Start by going through those disks and copying their contents to a hard drive. Then investigate other options for storing that data. Dealing with obsolete backup gear is a problem all businesses have to come to grips with.
Get an external USB DVD drive
Most of the time a DVD drive sits there idle. But there are times when it's handy to have.
If your new computers don't have a DVD drive, you can buy a USB unit from most computer stores for less than $100. Although not every computer will have a drive, you can easily share one around when its needed.
In summary
The Windows Market, Apple App Store and other online software stores make it easy to re-download programs if your whole system needs to be rebuilt, but that can be time consuming.
I usually copy important software I'll need either to a server on my network or, in the case of operating system installation software, to a USB stick so I can get my computer up and running in a real emergency.
Copyright © BIT (Business IT). All rights reserved.
Tags:
drive dvd hardware imac macbook pro
By Anthony Caruana
Oct 25 2012
9:51PM