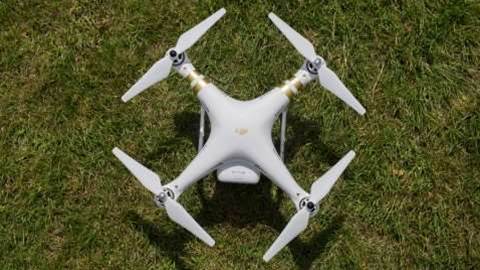 More and more small businesses are investing in an entry-level drone. Aerial photo- and videography is a great tool for promotion, but which of the roughly nine billion drones currently on sale is worth your coin?

Like a large, plastic and very angry wasp, the DJI Phantom 3 Professional hovers, stock still before me, flashing its directional LEDs at me in a menacing fashion. So far, all I've done is turn it on and hit the take-off button. Everything else, the drone takes care of itself.

With the assistance of GPS, digital compass, altimeter and gyroscopic sensors, it holds its position completely steady, with no user input – even moderately strong winds cause it only a momentary wobble. And all the while it's recording high-quality 4K video footage via its motorised, stabilised onboard camera, and piping a live 720p video stream direct to the screen of my smartphone.

And how much does this miraculous box of tricks cost? An unmanned aircraft that effectively flies itself and can record near-broadcast-quality images? You might expect it to set you back thousands, even tens of thousands. But in fact prices hover (heh) between $1500 and $2000, depending how many extra bits and pieces you want. 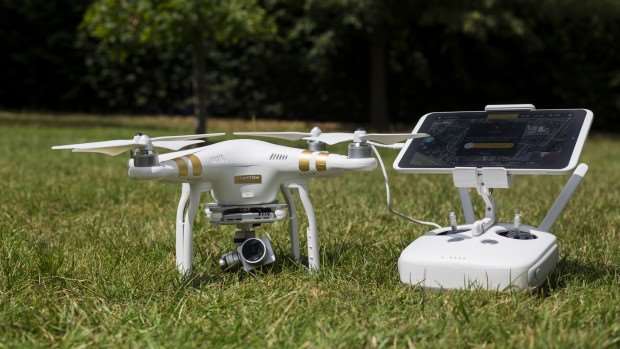 It's astonishing the amount of technology DJI has packed into its latest consumer quadcopter. Yet, outwardly, it looks much the same as the previous version – the Phantom Vision 2+. The only notable sign that anything is different is the new gold badge, and gold stripes adorning the arms of the drone. So what precisely is new? The answer is, despite appearances, a hell of a lot.

For starters, the new camera may look the same, but it's capable of recording 4K video at up to 30fps and 1080p video at up to 60fps. It can snap stills 12 megapixels in size, shoot in bursts of up to seven frames, and capture automatically bracketed shots and time-lapse sequences.

And its Sony sensor produces stunning results, far superior to those I recorded with the Vision 2+. With a maximum video bit rate of 60Mbits/sec, it was possible to pick out tiny details hundreds of metres away; I could see individual blades of grass and leaves in the trees blowing in the breeze. Dynamic range was equally impressive, and the camera coped remarkably well with areas of extreme brightness and shadow. The lens isn't quite as wide-angle as before, so there's much less of a fisheye effect applied to your footage. 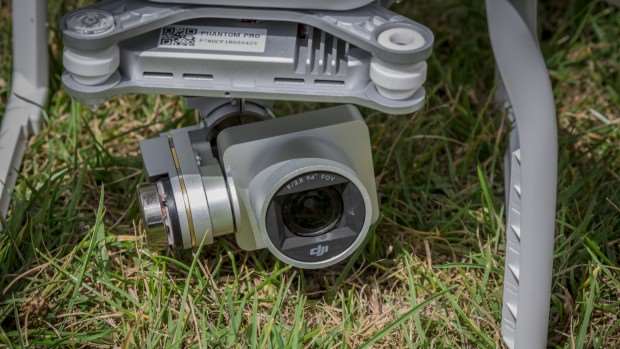 As with the Vision 2+, the camera is mounted on an active, motorised gimbal. This keeps the camera unit steady as a rock, even in moderate winds or close to the ground, and the overall result is seriously professional-looking results. With a little practice – although you still have to be gentle with the controls or footage looks jerky – it's possible to produce the sort of super-smooth footage that wouldn't look out of place in coverage of the Tour de France.

A couple of caveats remain. You can't swivel the camera left or right by more than a degree or two, because the legs of the drone get in the way. And there's no option to tie third-party cameras into the Phantom 3's new Lightbridge connection system (more on which below), so you're stuck with the supplied unit, come what may. But it's so good that this shouldn't concern most users.

You can get an idea of the quality in the video below (don't forget to select the 4K option in the settings).

If the camera is a major step forward, the new controller and app represent a quantum leap. Both have been borrowed from DJI's more upmarket – and considerably more expensive – Inspire 1 drone, and they make the job of getting in the air, flying and recording much simpler than before.

For starters, setup is now much easier. Download the new DJI Pilot app (which also hosts a number of tutorials), and all you need to do to get connected is plug it in to your mobile device via the supplied cable.

It's a bit fussy about the order you do everything, but really, there's nothing more to it than that. There's no fiddly connection via Wi-Fi any more – just plug in, calibrate the compass on the drone and you're ready to fly. 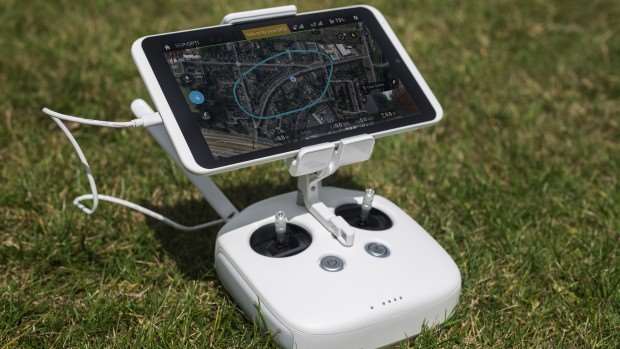 And once you're all hooked up, there's plenty more to like. For novice flyers, there's a beginner mode that restricts range and altitude until you're comfortable with the flight controls. The new Lightbridge connection – which tethers the controller to the Phantom – now delivers live, 720p footage direct to the screen of your mobile device, making it far easier to make out what you're filming onscreen.

In fact, with a strong-enough mobile data connection it's even possible to live broadcast to YouTube, opening up all sorts of possibilities for TV companies – even independent journalists – covering live, breaking events.

There's also an improved controller, with a much beefier bracket capable of larger tablets up to the 9.7in iPad, as well as smaller devices such as smartphones. All together, you have an amazingly capable and flexible flight system that's a good deal more sophisticated than its predecessor.

And this is merely scratching the surface of what the Phantom 3 Professional is truly capable of. It has much, much more in its locker, from being able to customise the flight controls and adjust the sensitivity of the camera tilt wheel, to setting up geofences to control the flight range and manual camera controls. 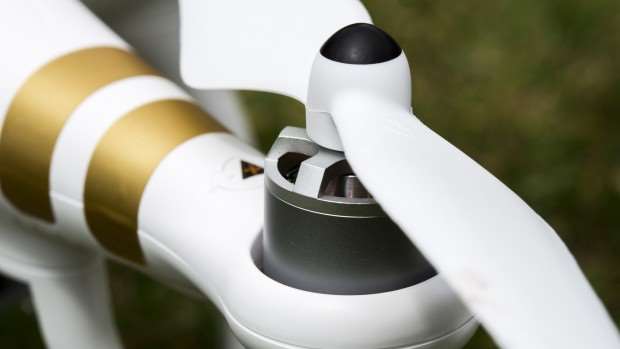 For those concerned about the legal ramifications of flying in the wrong place by accident, the Phantom 3 comes limited to a flight ceiling of 400ft; and it won't take off at all if you attempt to fly it in the vicinity of a sensitive area such as an airport, airfield or nuclear power station.

The new model even makes it easier to fly the drone inside: a pair of positional sensors on the belly of the Phantom 3 means it can hold steady without requiring a GPS signal – although you'll still need a pretty large room in which to fly if you don't want to run the risk of crashing. Residents of narrow Victorian terraces need not apply.

The DJI Phantom 3 is so competent, so easy to fly and shoot video with, that the main worry I had while testing it was finding a safe place to fly. Even living even on the outskirts of London in a reasonably leafy suburb, I was able to locate few places nearby that were clear enough of people and far enough away from buildings and roads to satisfy the rules governing the piloting of such unmanned aerial vehicles (UAVs).

That's something you should certainly bear in mind before making the kind of investment involved in buying a DJI Phantom 3 Professional. You should also make a point of reading the CAA's advice guide on flying safely, which it issued recently in the wake of yet another near miss with a commercial airliner.

But if you have somewhere to fly it and can't wait to get aboard the drone bandwagon, the DJI Phantom 3 Professional is a very good place to start.

I have read and accept the privacy policy and terms and conditions and by submitting my email address I agree to receive the Business IT newsletter and receive special offers on behalf of Business IT, nextmedia and its valued partners. We will not share your details with third parties.
Copyright © Alphr, Dennis Publishing
Tags:
dji drone hardware
By a Staff Writer
Jul 27 2015
2:50PM