Dell's huge tablet-computer: one way to dazzle your clients? 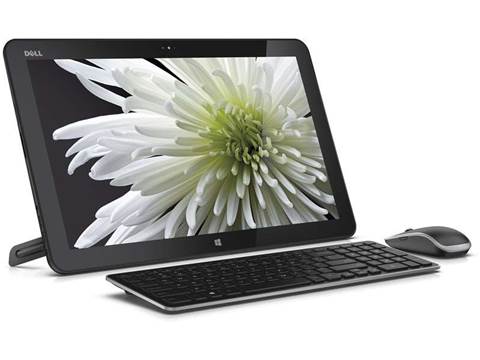 Here's an interesting idea - a desktop computer you can also carry around to show designs, drawings and other things to clients.

We don't expect this gadget to be of use to everyone. However, if you really want to be able to show off your landscape designs, drawings, house designs or something else to clients and you want to do it on a big computer screen, products are being made that are essentially a really big tablet computer.

The latest example is Dell's XPS 18, an all-in-one desktop that doubles as an 18-inch tablet. That's gigantic compared to an iPad.
First thing your probably wondering is how on earth will you carry this thing? Well Dell has somehow managed to get the weight down to just 2.19kg, which makes it lighter then some high-end laptops.
Newsletter Signup

I have read and accept the privacy policy and terms and conditions and by submitting my email address I agree to receive the Business IT newsletter and receive special offers on behalf of Business IT, nextmedia and its valued partners. We will not share your details with third parties.
In effect, you are getting two devices in one - a desktop computer with a Core-i5 Intel chip, stand, wireless keyboard and mouse, which converts into a big screen Windows 8 multi-touch tablet with a rated battery life of 5 hours.
The big screen should make collaborating with multiple people on a project easier and means you don't have to transfer all your files to a tablet before carrying it around the office.
While Dell hasn’t yet announced an Australian price or release date, it will be going on sale in the United States starting in April for US$899.
Copyright © BIT (Business IT). All rights reserved.
Tags:
18 18inch dell hardware inch tablet xps
By Krishan Sharma
Mar 15 2013
2:25PM