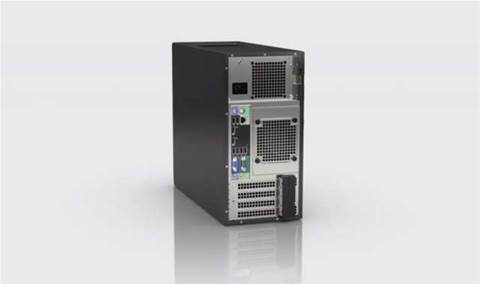 Dell this week announced the new PowerEdge T20 server, which they describe as an “ideal first server for small offices and home offices”.

We have discussed a lot the value in using a NAS (a network attached storage box) for not only data backup but so that several people on different computers can access the same files.

NAS devices also provide a lot of other server like capabilities such as the ability to act as a print, web, FTP and mail server.

But if you have been thinking about moving up to a dedicated server, then there a number of entry level servers available on the market.
Newsletter Signup

I have read and accept the privacy policy and terms and conditions and by submitting my email address I agree to receive the Business IT newsletter and receive special offers on behalf of Business IT, nextmedia and its valued partners. We will not share your details with third parties.
For example, Dell this week announced the new PowerEdge T20 server, which the company is positioning as an “ideal first server for small offices and home offices”.
According to their press release the server has the following features:
Other manufacturers such as HP (which has ProLiant servers) and IBM also offer entry level servers. Entry level servers typically come in tower form instead of a slim "blade" shape. Towers are recommended for small business as they it are more space efficient and doen’t require any special installation hardware.
Entry level servers typically retail between $500-$1,000.
It’s worth noting that for the same price range, a NAS will perform a lot of the same functions and generally come with an easier to operate user interface.
NAS devices such as the Synology Diskstation also offer additional features which would normally be relegated to a high end server - such as four or more ethernet ports for faster data transfer speeds and the ability to plug in a number of IP cameras to turn the NAS into a network surveillance tool.
Copyright © BIT (Business IT). All rights reserved.
Tags:
dell hardware poweredge server small business t20
By Krishan Sharma
Aug 29 2013
12:28PM