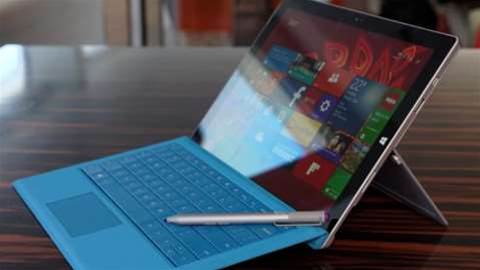 Ahead of Windows 10 Enterprise's release, Dell has cosied up to Microsoft's hybrid tablet in a bid to woo businesses

Dell will start to sell Microsoft's Surface Pro hardware through its own sales channels. Yes, that's right, Dell is happy to sell clients Microsoft's hybrid hardware instead of its own.

It isn't just Surface Pro devices Dell will be selling. As part of the deal, it's also listing Surface accessories, servicing, warranties and replacements, as well as corporate setup options. Dell's new Surface sales solution will open up for North America in October, with plans to hit the UK and 27 other territories “in early 2016”.

This partnership isn't the only deal Microsoft intends to make, stating on its blog that it plans to work with HP, Accenture and Avanade “to enable more customers to enjoy the benefits of Windows 10”.

Although it may seem peculiar for OEMs to partner with Microsoft so they can sell someone else's hardware, these deals show Microsoft's commitment to the workplace. Previously Microsoft has had to convince businesses to purchase Surface Pro devices through its own online store, while pointing them to the likes of Dell and HP for integration into their respective business networks. Now, though, everything can be bought and sorted through one single channel, making the Surface Pro a far more enticing prospect for company executives.

It's also worth noting that this partnership, and its October rollout, could hint at the emergence of the Surface Pro 4 coming to market then – as is strongly rumoured to be the case.

I have read and accept the privacy policy and terms and conditions and by submitting my email address I agree to receive the Business IT newsletter and receive special offers on behalf of Business IT, nextmedia and its valued partners. We will not share your details with third parties.
Copyright © Alphr, Dennis Publishing
Tags:
dell hardware hybrid hardware microsoft microsoft surface surface pro hardware
By a Staff Writer
Sep 11 2015
3:44PM