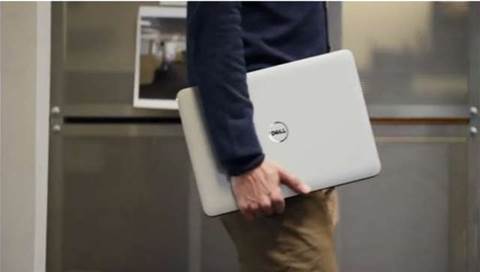 The downside with big screen laptops is the obvious weight, though Dell's new Precision M3800 comes in under the 2Kg mark.

HP's ZBook 14 might be "the world's first workstation Ultrabook", but Dell claims its new Precision M3800 is "the thinnest and lightest 15-inch mobile workstation."

The Dell Precision M3800 is aimed at much the same market as the HP ZBook 14: people like engineers and videomakers that need more performance than the typical laptop can provide, and who aren't prepared to put up with one that's very heavy or bulky.
The Dell laptop is 18mm thick with a starting weight of 1.88kg. Compare that to say, Apple's 15in MacBook Pro with the Retina screen, which is around the same height but weighs 2.02Kg.
We don't know how much the M3800 will cost at this stage, but it will go on sale on November 14.
According to Dell, the M3800 provides twice the video memory as the ZBook 14 (important for graphics-intensive tasks, or in situations where the graphics chip is used as a coprocessor by computation-heavy applications) and up to 35% more storage (especially important for video work).
It has a five-finger multitouch screen with the option of an unusually high 3200 by 1800 pixel resolution. We think many users will be happy with the 1920 by 1080 screen that's also offered, but the higher resolution will make sense if you can make good use of it - for instance, if you run CAD applications or want to preview full HD video during editing.
Newsletter Signup

I have read and accept the privacy policy and terms and conditions and by submitting my email address I agree to receive the Business IT newsletter and receive special offers on behalf of Business IT, nextmedia and its valued partners. We will not share your details with third parties.
Copyright © BIT (Business IT). All rights reserved.
Tags:
15 inch dell hardware hp light m3800 precision zbook
By Daniel James
Oct 28 2013
11:15AM