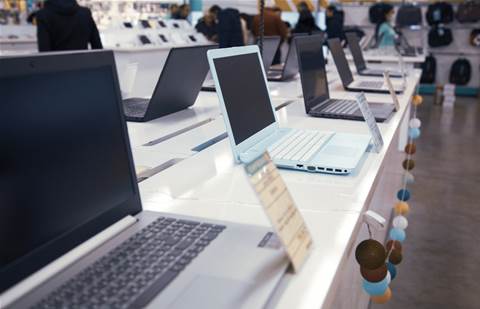 Dell Technologies has edged HP Inc in the Australian commercial PC market for the first time during the fourth quarter of 2020, according to research from IDC.

HP still topped the commercial market for the full year, and was ahead of Dell in the quarter in combined consumer and commercial shipments.

The research firm today released its Quarterly Personal Computing Devices Tracker for Q4 2020, revealing that the overall Australian PC market grew 11.8 percent to 4.87 million shipments on the back of stronger work from home demand and increased consumer spending.

IDC defines the PC market as desktops, notebooks and workstations.

Dell’s lead over HP for the period comes in a down quarter for the commercial PC market, with overall shipments down 2 percent year over year. Consumer shipments in comparison was up 29 percent.

The decline was attributed to a significant decline in commercial desktop PCs, which dipped 26.6 percent for the period, countering an 11 percent increase in commercial notebook shipments.

The consumer segment saw growth from both notebooks and desktops, with shipments up 29.3 percent and 27.8 percent, respectively.

“Companies are moving away from desktops to notebooks to allow for a hybrid work environment,” Lowell said.

He added that consumer demand was even stronger, as the market posted record demand during the Black Friday holiday season.

“The consumer market saw huge demand as PCs became the most used devices at home and households are slowly moving to a 1 PC per person model," Lowell said.

Lowell said the growth was hindered by shortages in components, most commonly displays, which resulted in the Australia PC market declining 1.4 percent year over year.

Looking ahead, IDC predicts the PC market will start declining again, with 2021 expected to report a 4.4 percent drop from last year.

“The consumer market will continue to remain strong,” Lowell said. “However, the commercial market is expected to start to slow, as organisations remain cautious about buying. A stronger second half of the year is expected once there is more certainty and stability in the economy.”