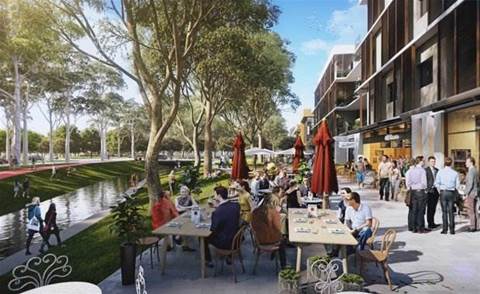 The CSIRO's Urban Living Lab has been set up to study "innovations that could make major changes to the urban form," CSIRO Liveable, Sustainable and Resilient Cities unit's Simon Toze told BIT.

If you have an idea that could make a difference but haven't had a chance to test it, Toze would encourage you to apply to participate in the lab, which will be part of the Sydney Science Park, near Badgerys Creek.

He said it is "exciting" that startups and small businesses in so many areas can contribute. The lab has already been contacted by small companies working in various spheres, including modular housing, measuring the lifecycle performance of buildings, the use of sensors to understand the functionality of buildings, smart household devices for greater efficiency.

Other areas of interest include urban greening, building automation, energy efficiency, the use of photovoltaics and batteries, and water efficiency.

On that last point, "we've been good for quite a while, but there's more that could be done" - for example, smarter ways of using water for purposes that don't require drinkable water.

At this stage, businesses interested in getting involved can make contact via CSIRO enquiries, Toze said. The lab will be publicised more widely during the coming months, and there may be public calls for ideas once or twice a year.

Applications will be reviewed by experts to determine whether they deserve a place within the CSIRO accelerator to get the ideas into a testable state.

Being part of the Sydney Science Park will provide exposure to potential investors, and if funding is obtained CSIRO will help to test the innovation under real-world conditions. A key part of that involvement will be to ensure trials take a systems approach - people often get caught up in their particular area and overlook the broader implications, Toze explained. For instance, an idea might be good for energy efficiency, but have a negative impact on water use, transport or some other factor.

The Urban Living Lab has been established in partnership with property developer Celestino.

The Urban Living Lab would connect inventors to mentors, scientific expertise and venture capital: "We don't just want inventions, we want new prototypes commercialised and rolled out to the market," he added.

The artist's impression of the Sydney Science Park (above) was supplied by Celestino.