Counterpoint: Four reasons why it's OK to buy the 128GB Apple iPad 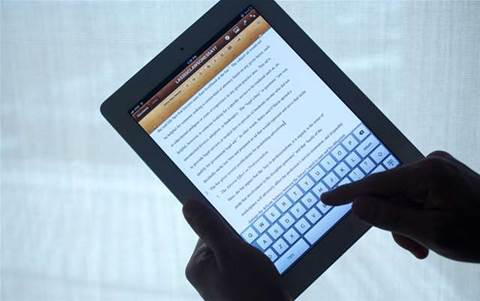 Here are four arguments for why choosing a 128GB Apple iPad is a good decision.

I'm not suggesting that my colleague Anthony Caruana was wrong, only that there are two sides to most stories.
Here are four reasons why I think a 128GB Apple iPad would be a fine choice:
Newsletter Signup

I have read and accept the privacy policy and terms and conditions and by submitting my email address I agree to receive the Business IT newsletter and receive special offers on behalf of Business IT, nextmedia and its valued partners. We will not share your details with third parties.
1. A new iPad is probably close
It probably is - but that's not much help if you need a tablet right now. And there's always something better on the horizon, and waiting for it just results in paralysis.
Maybe there will be an improved model in two or three months, but if an iPad can improve your productivity enough during that time, it would make sense to go ahead and buy one.
2. You can boost your current iPad’s capacity
True. But external storage is cumbersome, and the light weight and svelte dimensions are among the biggest advantages of a tablet. Sometimes less is more.
3. Your current iPad has not suddenly stopped being useful
No arguments there - if you want to upgrade every time the latest and greatest phone or tablet comes out, that's up to you, though it probably isn't a sensible business decision.
If storage capacity really is a bottleneck for your work, think about how much time you're going to waste struggling along with what you've got (eg. waiting for files to download from the cloud - see point 4), then decide whether the 128GB iPad is going to cut that enough to justify the expense.
4. You can store your files in the cloud
True enough, but that makes more sense for people with lots of smaller files than it does for those with few but relatively large documents, which is where Apple says the 128GB iPad is useful (eg. big AutoCAD files).
And "As long as you’re connected to the Internet" comes at a price, especially when it comes to moving large amounts of data up and down via wireless broadband. There's something to be said for carrying your 'digital stuff' around with you.
Copyright © BIT (Business IT). All rights reserved.
Tags:
128gb apple hardware ipad tablets
By Daniel James
Feb 4 2013
11:16AM