Could Smart Signage Boost Your Business? 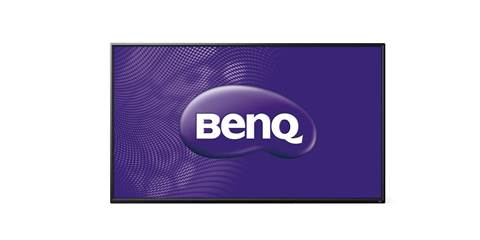 Smart signage - the use of video screens for displaying promotional material, menus and so on - is becoming increasingly common in shops, cafes and similar businesses. And now BenQ has a product for that growing market.

We recently reported on an affordable range of smart signage TVs from Samsung and now BenQ too has taken aim at cafes and shops.

BenQ's package includes software for creating and displaying signage. More than 30 templates are provided to get you started.

You don't even need a PC. Multimedia content such as promotional videos can be played from USB flash drives or MHL-compatible mobile devices. Still, adding the optional QCast dongle allows wireless screen mirroring from computers running Windows or OS X, and mobile devices running iOS or Android, which may be useful if you ever run special events such as preview nights for favoured customers.

The ST550K can even display Word, PowerPoint, Excel and PDF documents, but we're not really sure why you'd need this capability.

BenQ includes software to centrally manage multiple screens, though that feature is more relevant to larger installations such as department stores or food courts.

The ST550K goes on sale this month, but BenQ hasn't yet revealed the price.