CommBank's App won't usher in the era of mobile payments 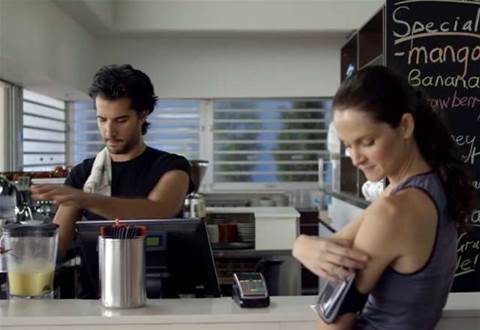 In theory, you should be able to install the CommBank App, download your credit card to the phone and wave it at PayPass terminals to buy your coffee when you are out jogging. At least that is what the commercial claims.

The recent release of the Commonwealth Bank’s CommBank app for the Samsung Galaxy S4 promised to finally herald the era of smartphone payment. The app utilises the NFC capabilities of the Samsung phone directly to communicate with Mastercard PayPass terminals. Everyone else can get a stripped down “tag” which is basically a small credit card that can be fixed to the back of the phone. A little more convenient than carrying a full-sized credit card perhaps but without any real additional functionality.

In theory, you should be able to install the CommBank App, download your credit card to the phone and wave it at PayPass terminals to buy your coffee when you are out jogging. At least that is what the commercial claims.

The reality unfortunately is very different and the app’s launch has brought howls of frustration from almost every quarter. Even for those users who have the two supported models of the Samsung S4, getting the app working requires physically downloading the credit card details to the phone. This process has been beset with failures to which the Commonwealth Bank have remained silent.

Even for those who have completed the process, the success of the phone actually making a payment is a hit-and-miss affair. The position of the phone is critical and users have adopted a practice of putting a finger in between the phone and the terminal to get the surfaces at the right distances from each other.

An unforeseen and slightly amusing problem has been the reaction of shop assistants when customers have tried to pay with the phone. As one user wrote:

“As soon as the cashier saw me put my phone to the little receiver device though she stuck her hand between my phone and the receiver and called her manager over. She thought i was scamming the machine. I explained to her it was the same as those paypass cards but she didnt want a bar of it.”

Given the ease of NFC payment using the standard credit card, you would have to wonder why anyone would bother using their phone. In reality, most people won’t.

With all technologies, the biggest hurdle to adoption is getting the user to change ingrained habits. This will only happen if by using the technology, there is a clear advantage over existing or other solutions. With the advent of NFC and its role in facilitating mobile payments, the advantages seemed obvious. Users would only need to carry their phone instead of their phone and wallets. Receipts from transactions can be sent automatically to the app and the data used to provide summaries of transactions and spending. Merchants could potentially tie loyalty programs to the phone apps and of course the credit card companies are only to eager to encourage and facilitate use of their cards.

In practice, the NFC technology in mobile phones has proved unreliable at best. Even limiting the number of phones supported hasn’t guaranteed that they will work with different terminals or even consistently with terminals that do work. Credit card NFC payment technology on the other hand has proven both simple and reliable making the motivation to switch from this technology to the phone extremely weak.

Realising the uphill struggle facing NFC, Google has largely abandoned NFC based mobile payments and now provides a plastic magnetic stripe card to enable access to its Wallet program. The US of course is behind Europe and Australia with merchant support of NFC payment facilities and so this would have played a part in their decision to not pursue the NFC strategy. In this light, it is also not surprising that Apple has so far resisted adding NFC capabilities to its phones. Apple would never add a feature unless it was certain it could make it work seamlessly and for NFC, this is clearly a way off that happening.

In the meantime, if you really want to use your phone to do NFC payments, take your PayPass or PayWave enabled card and stick it in your phone case.