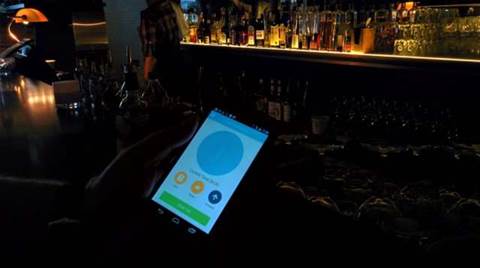 If you've wanted a loyalty scheme for your bar but thought the traditional punch card is a bit passé (and déclassé), Clipp may have the answer.

We've previously reported on Clipp, a system that makes it easier for patrons to run up a bar tab. The tab can be closed by the customer or the bar at any time, triggering the previously-authorised credit card transaction, and Clipp integrates with POS systems.

Clipp has now added a loyalty program to the system.

The aptly if unimaginatively named Clipp Loyalty lets patrons earn one point for every dollar they spend at participating venues.

Venue operators can choose the value of their rewards (2.5, 5, or 10 percent), along with the minimum spend required. At Sydney's Shakespeare Hotel, 200 points can be redeemed for a $10 discount on the tab.

It all happens automatically, with no extra work for venue staff.

According to Clipp, the average reward is worth nearly 7.5 cents for every dollar spent. This comes in addition to any other reward schemes associated with the credit card used to settle the tab.

Data from early adopters shows the average customer tab spend per week in Clipp Loyalty venues is 210 percent higher than in non Clipp Loyalty venues, the company says. But that does not show causality - there is no mention of how the revenue from those two sets of venues compared before the introduction of Clipp Loyalty. It's possible that the program appealed more to high-revenue venues than to their less busy counterparts.