Check out the Pixel C, it's great (if you're too cheap for the iPad Pro) 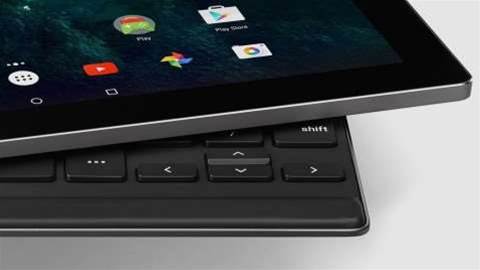 Google's (Northern) autumn press event is normally reserved solely for Nexus products, but the search giant chose to drop a bit of a bombshell this year, unleashing the Pixel C, a hybrid tablet with a keyboard option.

What is this thing? Oddly, despite the Pixel branding the Pixel C (the C stands for “convertible”) won't be running Chrome OS like the Chromebook Pixel 2, but Android 6 Marshmallow, so it fits it as more of an Apple iPad Pro rival than a competitor for the Microsoft Surface Pro 3. It will cost US$499 for the 32GB version and US$599 for the 64GB model.

In keeping with the Pixel Chromebooks, the Pixel C will be “focused on productivity” (or work, as we like to call it in the real world), and will be available with a separate, battery powered Bluetooth keyboard, costing US$149. So far, so ordinary.

The difference between the Nexus C and the iPad Pro is that, once the tablet is mounted in the keyboard, its angle can be adjusted for a more comfortable viewing experience. By using a hinged support, which folds out from the keyboard dock, coupled with an array of strong magnets, you can push the tablet part back and forth just like a laptop.

The keyboard itself, Google claims, should be as easy to type on as a full-size laptop keyboard, despite the tablet's small, 10.2in display. By moving the symbol keys on the right and left to the touchscreen immediately above, Google's engineers have retained large enough keys and a gap between them that makes touch-typing at speed possible. 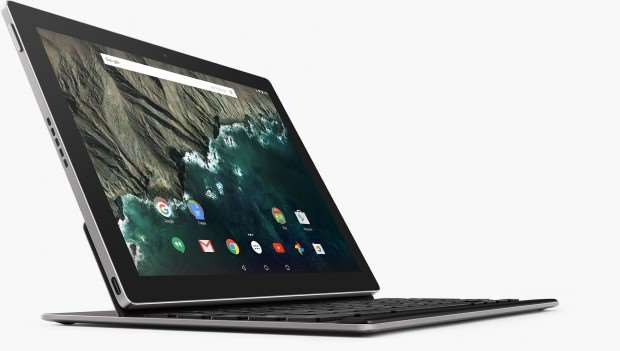 Even more cleverly, when closed, the keyboard's integrated battery is inductively charged by the tablet, so you're never likely to run out of battery life.

That display, incidentally, boasts a resolution of 2,560 x 1,800 and thus a pixel density of 308ppi and a maximum brightness of 500 nits, and the engine behind it is an Nvidia X1 chipset equipped with Maxwell graphics, so it ought to be a bit quick.

The tablet is also equipped with an array of four microphones for “far field” voice recognition, and on the rear, just like the Chromebook Pixel, a multi-coloured, touch sensitive LED light bar tells you how much battery life you have left at the tap of a finger. The tablet will be available in both 32GB and 64GB flavours.

Unfortunately, Google didn't have any Pixel Cs for us to try out at the launch event, but if you like what you see, you won't have to wait too long. Google promises to release the Pixel C “in time for the holidays”. Watch this space for the full review. 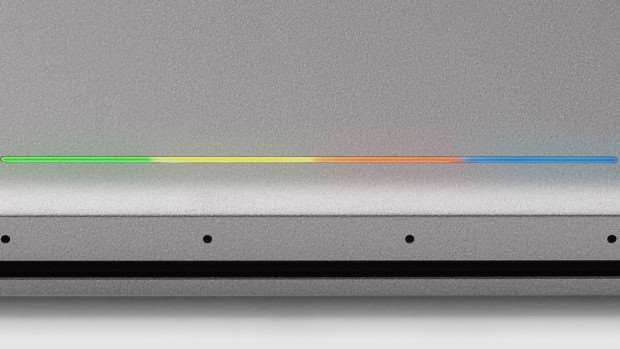 I have read and accept the privacy policy and terms and conditions and by submitting my email address I agree to receive the Business IT newsletter and receive special offers on behalf of Business IT, nextmedia and its valued partners. We will not share your details with third parties.
Copyright © Alphr, Dennis Publishing
Tags:
hardware
By a Staff Writer
Oct 2 2015
1:25PM