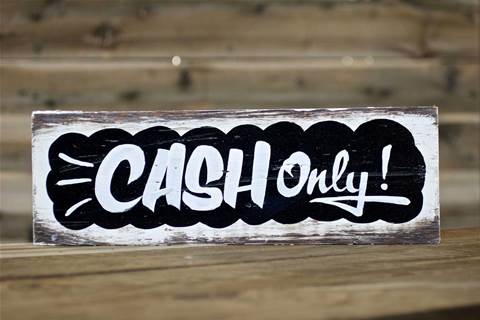 Survey says... a quarter of Australians refuse to shop at cash-only businesses.

A probably completely objective and unbiased PayPal survey of more than 1000 people has found that a quarter refuse to shop at cash-only businesses, and more than half find them hard to deal with.

What we're not told is why people avoid cash-only businesses. At one level, it's clear that for many of us, the days of carrying around a wad of cash is long gone. If you're buying a $1500 fridge, you'll probably pay by card.

Apart from that convenience, paying by card has at least two big advantages. One is that it makes it easier to see where your money has gone, and that's particularly important for businesses that use accounting systems such as MYOB and Xero that automatically process bank feeds. The other is that if your card comes with loyalty rewards, it makes sense to accumulate as many points as you can.

It's also possible that some people avoid cash-only businesses as they suspect the owner or staff may be using it as a way of rorting the system. If someone sees a small shop or cafe taking the full price but ringing up a significantly smaller amount on the cash register, they might ignore it, or they might think "they're working a fiddle that means the rest of us are paying more taxes or higher prices than we should" and subsequently avoid that business in future.

The finding that half of us find cash-only businesses hard to deal with is plausible. If you're low on cash, you need to find a nearby ATM or a business that allows EFTPOS cash-outs.

But "A quarter of Australians now refuse to shop at cash-only businesses" is harder to swallow unless the question was something like "have you ever not entered a business or failed to complete a transaction because only cash was accepted?"

Clearly, many - most? - of us expect a choice of payment mechanisms. It's been many years since you had to check that a restaurant accepted cards, for example.

And if you put up a "cash only" sign, how will you know how much business you're missing out on?