Can you make your printing greener? 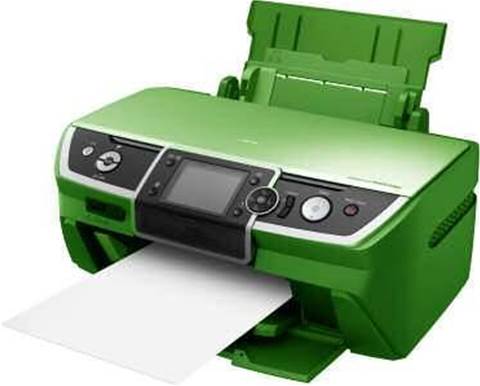 It's an office as old as it is easy and obvious - no printing of emails other non-essential documents! Less printing means less eco footprint (and lower costs, too). But "not printing" isn't really, you know, printing. So what else can you do to make your print job greener?

According to Clean Up Australia (PDF) , it takes 20 full-grown trees and 90,000 litres of water to make one tonne of paper.

Recycling that tonne of paper saves 13 trees and nearly 32,000 litres of water, so it makes sense to recycle as much paper as you can, and to use recycled paper where possible.

Where you do need or prefer virgin paper, consider looking for a supplier that is certified as using sustainable resources and being carbon neutral. And if you can reuse paper - eg, for transient notes - before recycling it, so much the better.

Another consideration is the amount of electricity consumed by the printer. Modern designs are generally more aggressive about energy saving, and go into sleep and then standby modes more quickly than earlier models did. But even with that, a considerable amount of power is needed to fuse laser toner onto the paper, as this involves heating the toner until it melts. Consequently, laser and LED printers use substantially more energy than inkjets.

But one of the biggest savings comes from not printing documents in the first place. Where hard copy is needed, getting in the habit of printing double-sided can make a worthwhile reduction in the amount of paper used, unless the bulk of your output is no more than one page. It's often possible to make double-sided printing the default, which saves you and your staff having to remember to change the setting each time.

Most of these points are quite widely known.

Something not everyone realises is that that there's a difference in the recyclability of paper depending on whether it was used in a laser printer or an inkjet.

"Laser printed paper is generally easier to recycle than an ink printed one," a Brother spokesperson told BIT.

An HP spokesperson explained that toner "is removed, along with other contaminants collectively called 'dirt' or sludge by the paper industry, during the flotation deinking stage in a paper recycling mill."

Pigment-based inks are also removed by that process, but that happens more effectively with less dense printing (ie, text rather than slabs of colour as found in most photographic images and business graphics), the spokesperson said. The particular combination of ink and paper also affects deinkability, but most modern pigment inks behave similarly in terms of deinkability on a given paper.

Dye-based inks - less commonly used these days - are removed by the bleaching process.

The HP spokesperson noted that "A given deinking mill optimises its operation for the mix of incoming prints they tend to receive in that geographic location. Inkjet prints still represent a low overall tonnage in the recovered paper stream, so a typical deinking mill making magazine and newsprint grades of paper is only seeing very small amounts (less than one percent) of inkjet prints."

So as is often the case, there's no simple answer other than to minimise printing and use recycled paper where possible. Laser output is easier to recycle, but inkjet printers use less power.

Looking ahead, there's the prospect of on-site waterless paper recycling as pioneered by Epson.