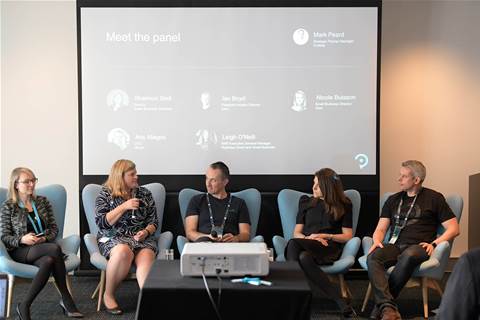 Applying for a business loan can be a time consuming and tedious process. But as in so many aspects of business, technology can make life easier.

Recent research carried out by CoreData for Xero found that 80 percent of small business owners though the paperwork and related requirements for obtaining a loan is onerous. Of those who have borrowed money, 42 percent said the greatest difficulty was providing the lender with the required financial information.

71 percent said they would be interested in applying for a business loan if there was an electronic process to facilitate the process, but 87 percent of all small business owners expected that would come with a lower interest rate and 86 percent expect faster approvals.

It just so happens that Xero has for a few years provided a mechanism that allows users to grant  lenders electronic access to their books  so they can make better decisions about a business's ability to service the loan.

Xero financial industry director Ian Boyd noted that small businesses are more risk averse and will do everything they can to improve their cash flow (eg, by tightening up on debtors) before turning to borrowing, and NAB executive general manager for business direct and small business Leigh O'Neill agreed, saying it is increasingly common to see businesses optimise their own positions before seeking loans.

Furthermore, small businesses often don't need as much money to grow as they used to, she said.

One example is that tech start-ups once needed to invest heavily in servers and other equipment, but now they can use cloud infrastructure (eg, AWS, Azure or Google Cloud Platform) and just pay for what they actually use.

But there are still times when small businesses need to borrow, whether that is to purchase a piece of equipment or to bridge the gap between paying suppliers and receiving payment from customers.

Moula has been in the market for over four years and has been using the Xero API since 2015, said its CEO Aris Allegos. That access to applicants' financial data helps the company better serve small businesses. Moula has become a mainstream lender, with most customers having been in business between four and seven years (ie, they are not just getting started), and they are in sectors such as services and trades rather than riskier propositions such as hospitality.

Most borrowers rely on bank transaction data, but Moula looks at financial data as a core part of its processes, he said, and this allows more responsible lending.

"The Ombudsman has been very proactive" in terms of responsible lending, said Allegos, and the non-bank online lenders have produced their own code of conduct.

"There's a better focus on the customer outcome," said Boyd, suggesting that the availability of better data is improving these outcomes.

Asked whether open banking and the resulting increase in available data will reduce the cost of borrowing, O'Neill said NAB wants to be "the business bank for Australia" and sees Open Banking as an opportunity. The bank is looking at the effect similar initiatives around the world - and especially in the UK - are having on customer and bank behaviours.

"There's never been a better time to be an accountant," said Smart Business Solutions director Shannon Smit. A client might receive a $50,000 order, and Moula can provide finance in a day, where traditionally it could take a week just to prepare the information required by a bank. Furthermore, modern accounting systems and add-on products make it easy to predict times when finance will be required, and how quickly it can be repaid.

It also helps reveal situations where small businesses are capable of supporting their own borrowings, so their owners can be relieved from using their homes as security for loans, she said.

Xero is not the only accounting provider to offer such functionality. MYOB integrates with OnDeck and NAB QuickBiz.