Can startups save Geelong after Ford leaves town? 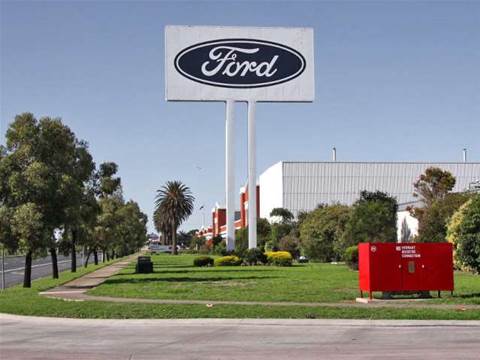 At a free two-day event on October 17 and 18 called Next Monday, former Ford employees will learn how to go about turning an idea into a new business.

The initiative was launched with an open letter to laid off auto workers from well known Australian tech entrepreneur Phil Morle, who came to prominence in the early 2000s as the chief technology officer of the pioneering Australian tech company Kazaa.

Since 2007, he’s been best known as the co-founder and chief startup scientist of Pollenizer, which provides business coaching services using lean startup techniques, and also manages workshops, incubators and innovation programs for businesses and universities.

Alongside Pollenizer, supporters of the event include Deakin University's Spark@Deakin, Australia Post’s Small Business Hive Geelong and local startup organisation Runway, with Morle encouraging other organisations to come onboard.

Separately, the Victorian state government recently made Geelong a major focus of a $6.5 million grants program aimed at boosting the state’s startup communities, which included a significant investment into the Runway program.

“[Next Monday] is a two-day fully hands on experience... The idea is we spend a couple of days thinking about a whole heap of problems the world wants to have solved right now. We try to line those up with the interests and skills of the people who are in the room,” Morle told BIT.

“Then we will spend the rest of the time practically showing everyone how we go about turning those ideas and passions into a real business… We show them the practical things that can done and give them the practical tools so when they go on with life, they’ve got a whole heap of other possibilities they can explore.

“And we’re doing it in a way that removes a bit of the mythology from the idea that to start a new company, you have to be an all-in risk-everything Silicon Valley-style person with a certain kind of education.”

Historically a manufacturing powerhouse, Geelong has gone through some tough times since the collapse of the Pyramid Building Society. Along with Ford, many supporting auto parts manufacturers and other businesses have also ceased production.

On top of this was the 2014 closure Alcoa’s Point Henry aluminium smelter, while the Shell refinery on the city’s northern outskirts narrowly avoided a similar fate after it was purchased at the last minute by a Swiss oil trader called Vitol.

Against this backdrop, Morle points out that “new initiatives, businesses and products are coming out of small groups from all kinds of places” – and suggests Geelong could be one of those places.

“The internet gives us the connectivity to get a global market from wherever we are. And there’s an enormous amount of things – tools and other businesses – that can be pulled around a value proposition where you don’t need great technology skills to create something that’s very powerful,” he said.

Morle adds that while over the longer term transforming the former Ford plant into an innovation precinct similar to the one at the former Mitsubishi plant in Tonsley “would be amazing”, at this stage he’s keen to show people “what’s possible with a couple of days in a room and a different mindset”.

“What I would love to see is to have the people see that, have a crack at it, and then Geelong could start to see these little sparks of innovation, and some of those sparks could turn into substantial businesses.”

How far from Settlement Road to Silicon Valley?

It is easy to be sceptical about Geelong’s prospects as a technology hub, especially given that manufacturing workers might not have a lot of experience with information technology or coding.

While Morle admits that he “won’t roll in there and convince everyone to become tech entrepreneur”, he is keen to “show people that it’s a lot easier than people think to make things, without needing deep technology skills”.

“We find that people who have had careers in places like Ford have very practical ideas and ways of thinking – and there’s an engineering base to what they do. Mapping that to the science of making a business isn’t too difficult,” he said.

People who are interested in attending the Next Monday event can register their interest here.