Can crowdfunding help your business grow? 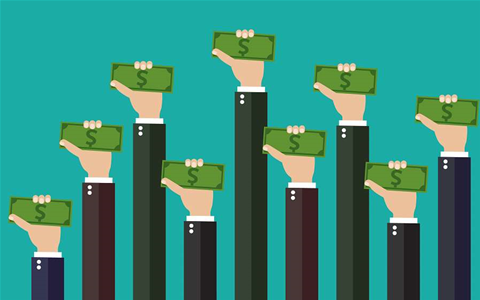 Small businesses are increasingly turning to crowdfunding loans as an alternative to traditional lenders. We look at the pros and cons of this approach.

Just as Uber and Airbnb connect you with drivers and people with rooms or homes for short-term lets, crowdfunding platforms connect businesses and individuals with people who would rather lend their money directly than put it in a bank.

Instead of borrowing from banks and other traditional lenders, crowdfunding platforms let people and businesses indicate how much they want to borrow and what they are prepared to pay. Then investors can offer to take on as large or small a slice of the total as they wish, subject to any upper and lower limits imposed by the platform.

One such crowdfunding platform is provided by CoAssets, which is listed on the National Stock Exchange of Australia (NSX). CoAssets recently completed its first crowdfunded loan to an Australian business, raising more than $105,000 in less than two days.

Stapleton International, consultants to the engineering and construction industries, wanted quick and "rationally priced" financing in order to deliver services to a major Australian oil and gas project.

The company offered 5 percent interest on a seven-month loan, and crowdfunding investors snapped it up.

Crowdfunding is becoming an alternative to the lengthy process of obtaining bank financing, especially the funding "gap" CoAssets addresses of between $100,000 to $5 million for small and medium-sized companies.

"[CoAssets'] professionalism in helping us to achieve our crowdfunding target was excellent and I would strongly encourage other SMEs looking for loans to crowdfund through them too,” said Stapleton International managing director Mick Thurlbeck. "I will not hesitate to use them again as this crowdfunding has provided us with a perfect opportunity to stimulate our company growth."

CoAssets CEO Getty Goh added: "We have done a lot of similar SME financing deals offshore, and this is our first SME deal for an Australian company. This area of SME business lending is shaping up as a big area for us, and it highlights that there is an interest for this type of crowdfunding in Australia. We are on the look out for further deals in the region."

Other peer-to-peer and crowdsourced loan platforms operating in the Australian small and medium-sized enterprise market include ThinCats Australia and RateSetter.

However, not everyone is so effusive of crowdfunding loans. Earlier this year, Roger Mendelson, CEO of Prushka Fast Debt Recover, warned small businesses of the dangers of borrowing this way rather than from banks.

Such lenders "pose a risk to borrowers because they cannot afford to work through cash flow issues if there is a problem and so will have to 'pull the plug' when loans fall into arrears”, Mendelson said. "They simply don't have the resources and skills to handle defaults other than to take a hard line."