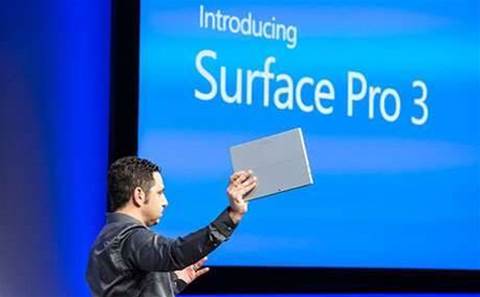 Microsoft has announced its Surface Pro 3 will go on sale in Australia on 28 August from retailers and commercial resellers.

Pre-orders are now possible via Microsoftstore.com, with the site stating that the product will ship by 28 August.

Microsoft wants the device to be seen as a rival to the MacBook Air, with the Microsoft online store comparing a range of capabilities between the two devices.

The Surface Pro 3 has a larger 12-inch screen compared to the Surface Pro 2, as well as being lighter and thinner than the previous model.