Buying a laptop or tablet in 2013: handy 60-second breakdown of all the options 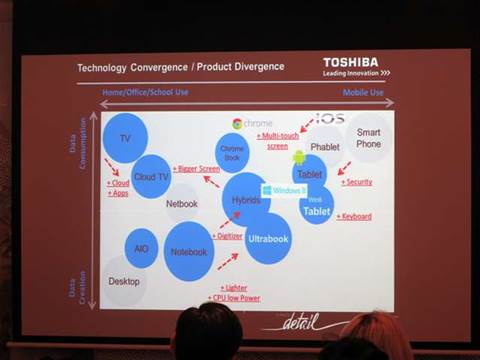 Once upon a time, when you needed a portable computer you bought a laptop. Now….take a look at the slide in the photo.

We took this photo at a presentation by Toshiba this week at the launch of their 2013 laptop range. It's a handy little summary of the various options you now have that fall under the term "portable computer".

Ignore "TV" and ignore "AIO", which stands for all-in-one desktop computer, and take a look at what your options are when it comes to portable computing: 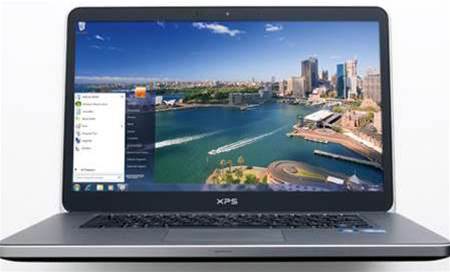 The catch-all term for run-of-the-mill laptops (which we prefer to call them here at BIT). Quality, features and price vary drastically. Case in point: at the time of writing Dell was advertising a Vostro 2520, a 15.6-inch screen laptop with Core i5 chip, for $699. Near the other end of the spectrum, Apple's top of the line 15-inch MacBook Pro with Retina display also falls into this category and cost $3,199 at the time of writing. Examples: Dell XPS 15, Dell Inspiron 15R, Apple MacBook Air

A tiny, light portable computer for only a few hundred dollars (less than $200 in some cases). These were the latest craze a few years ago, but less relevant now that tablets are popular and much faster laptops are available for not much more money. Running Intel Atom CPUs, they're not suitable for loading several complex applications at the same time. The screens are tiny. 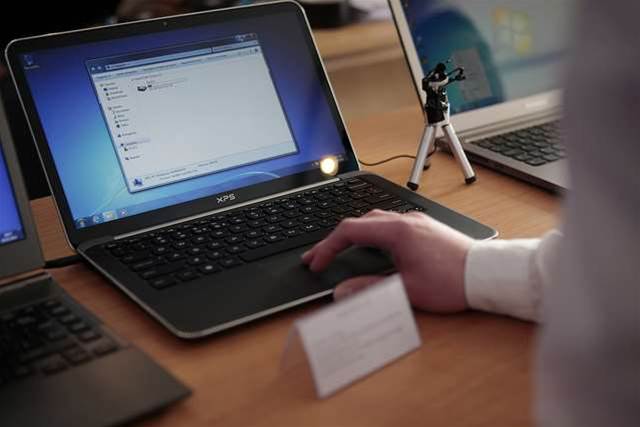 You'll see the "Ultrabook" sticker stuck on various high-end laptops. It's a brand name Intel came up with to help market laptops with certain features - generally, they feature thin and light design (no DVD drive) with decent levels of CPU performance (a few years back, thin and light laptops were often too slow). You'll find features like SSD for storage instead of hard disks - helping the laptop to "wake" up faster from sleep mode (in less than 7 seconds, in theory). Many Ultrabooks are built to a somewhat minimalist design aesthetic involving a sleek metallic look, rather than garish plastics and stickers (not dissimilar in approach to the Apple MacBook design, in our opinion). Examples: Toshiba Kira, Lenovo ThinkPad X1 Carbon, Dell XPS 13 Ultrabook, Dell XPS 14 Ultrabook, Samsung Series 9.

The new kid on the block. These are laptops that convert into tablets. It's an interesting idea - why buy a separate tablet and laptop, when you can have them both in one computer? In reality, they've got some drawbacks. The tablet part is generally heavier than an iPad. As a laptop, they vary quite a bit in price and appeal - as with Windows laptops in general. Sometimes the mechanism which allows the laptop to turn into a tablet introduces some drawbacks - like the Toshiba Portege Z10t, which we like the look of, but noticed yesterday that it's not possible to push the screen right back, meaning the screen doesn't angle upwards enough for our height. Examples: Dell XPS 12, Asus Taichi 21, Lenovo ThinkPad Twist, Toshiba Portege Z10t, Lenovo ThinkPad Helix. Read this article to see if a hybrid is right for you. 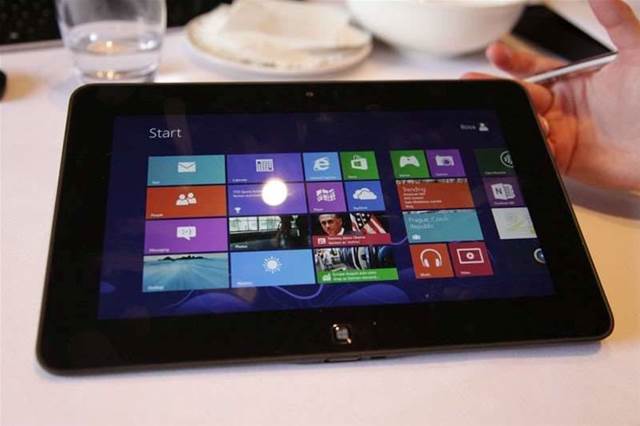 Another relatively new kid on the block. Not only are there Windows 8 tablets from the major players like Dell, ASUS, Lenovo and HP, but there are also Windows 8 tablets from Microsoft. And there are two types of Windows tablets - those that run Windows RT (which can't run your desktop Windows 7 programs) and the ones that run Windows 8 Pro (which can). Examples: Dell Latitude 10, Microsoft Surface Pro, Windows Surface RT, Lenovo ThinkPad Tablet 2. 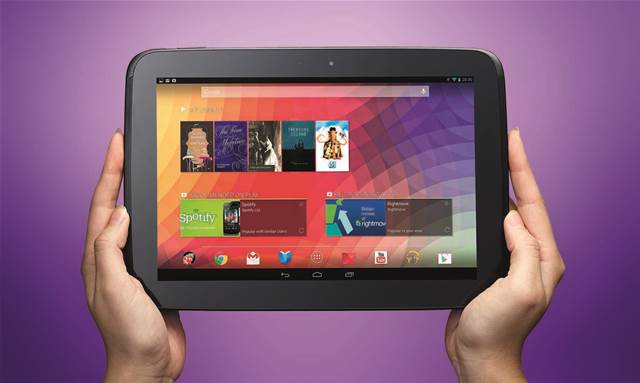 We know various people who have Android tablets, including one person who takes one with him on overseas holidays where he uses it to pay his staff. On the upside, they're generally a lot cheaper than Windows tablets. For example, at the time of writing, the Nexus 7 Wi-Fi model was advertised for $269 on the Dick Smith web site. There's no "desktop" mode for things like Excel like you get with a Windows 8 tablet, nor is there the option of a powerful Intel Core processor (which is the point - these tablets are not meant for running heavy workloads). Of course, you'll be using a different app store to the one available for the iPad or Windows tablets. Less suitable as a business workhorse than a Windows tablet, we would argue, but then again we would argue a laptop is the correct choice for that purpose. Screen sizes vary from smaller than an iPad, all the way up to 10.1-inch tablets. Examples: Samsung Galaxy Note 10.1, Nexus 10. 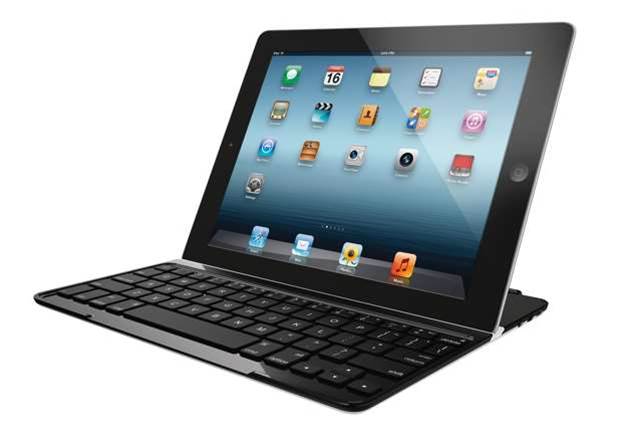 Instead of buying a hybrid, you could get a tablet and buy a separate keyboard for it. It can be a lot cheaper this way, although the keyboards we've seen for hybrid laptops are generally the ones we'd prefer. Examples: Logitech Ultrathin Keyboard Cover, Belkin YourType FOLIO+KEYBOARD, Kensington KeyFolio Expert for iPad. Here is our review of 5 keyboards for tablets. 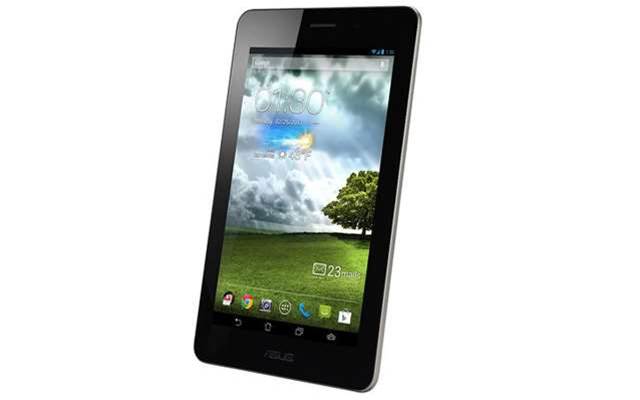 Really, really, really big phones. Or to put it another way, tablets that you can also use to make phone calls. Examples: ASUS Fonepad.

Cheap (less than $300 for the Acer Chromebook at the time of writing), the Chromebook is designed to be simple to use. The idea is your files are stored online and you use Google's online apps (like Google Drive) to get things done. You can't install business-type applications designed for Windows. Simplicity is the selling point. No large screen sizes available (a 14-inch HP Chromebook is the biggest we've seen). Examples: Acer Chromebook, Samsung Chromebook, HP Chromebook.

And then there's Apple, with the iPad and Macbook 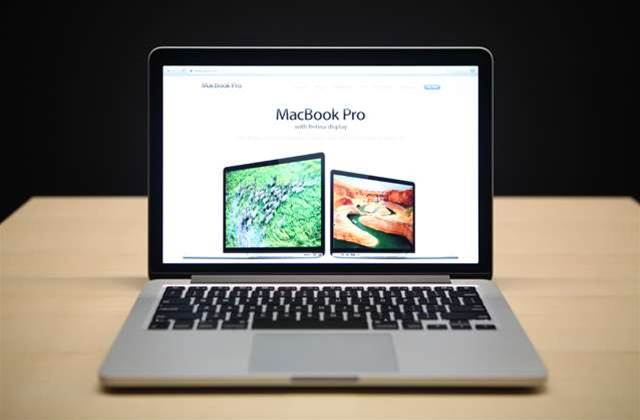 We've also pulled out Apple under its own subheading - you have a choice of various iPads running iOS, or the various MacBooks running OSX. We could write an entire separate article about the pros and cons of buying a Mac, but in a nutshell, the design is arguably second-to-none and the interface is slick and "intuitive", as they like to say in the industry. In our experience they wake from a sleep state much more quickly and reliably than just about every single Windows laptop we've ever used. The touchpad is better than on any Windows laptop we've used. Above all, there's hardly any of them, compared to the dozens of Windows laptops to choose from. Windows means many more combinations of features, styles and prices to choose, but this includes cheap and nasty as well as top quality. Apple doesn't tend to do "cheap and nasty", in our opinion.

Despite all the varying options, narrowing down the field is not that hard. There are a few simple rules to follow.

First, think about whether you'd appreciate a laptop that's nice and light to carry around. Second, how small a screen size are you willing to use? If 13-inch screen is as small as you'll go, then that cuts out a lot of the tablets and hybrids on the market. Next, what kind of programs do you want to run - Microsoft Office, apps, just email and web browsing, specific business programs that require a specific operating system?

If you're planning on doing anything more complicated than web browsing, emails, running apps or watching movies, then we'd argue the sensible choice is a variety of laptop - the screen size is generally better, the keyboards are generally better and they are generally more comfortable for spending hours typing or browsing the Web. We tend to recommend Ultrabooks (which are thin and light laptops with decent CPUs). Hybrids are an option if you really like the idea of switching between tablet and laptop, but they tend to have some handicaps (weight, design) that regular laptops don't have.

Finally, another rule of thumb - not everyone has a reasonable budget, but if you can afford it, we'd recommend spending more on a premium model. A well-designed, well-featured laptop will save you a lot of frustration, and think of the hours you'll spend using it.