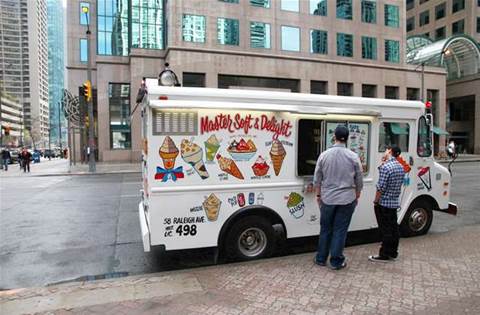 Opinion: Today’s news that two-thirds of Australian “micro” businesses have no web presence shouldn’t come as a surprise. What needs to be explained in more detail is why.

Depending on who you talk to, it’s often assumed that if you have a business selling something in 2012, you need to be online.

That's especially so if you’re one of thousands of Australian sole traders, perhaps working from home, or with less than four staff.

Around a third of Australian “micro” business have a web presence (four employees or less), according to numbers released today by the Australian Bureau of Statistics (ABS). It's news jumped on by Google, which offers free web sites with a  .com.au address and ecommerce. The search giant today released a statement urging local businesses to make getting online a priority in the next financial year.

“Whether you’re a pizza restaurant or the newsagent around the corner, it’s never been more important to be online,” reads the statement from Google Australia Head of Local Business Claire Hatto.

One of the examples used by Claire Hatto is finding the closest florist or locksmith: “If you own a business and you don’t have a mobile optimised website you are invisible to a large number of clients who will just go to your competitor who’s made the move online already.”

There’s no doubt that for the thousands of florists, locksmiths and other businesses of a similar nature, having a web site at the very least is extremely important if you’re to catch potential customers who use Google to decide where to spend their money.

Today’s ABS numbers show that the amount of “Internet income” received by Australian businesses increased $46 billion to $188.7 billion in 2010-11. With the NBN on the (distant for some) horizon, pressure to get online is only going to increase.

Last week I spoke to the head of a prominent industry association who identified ecommerce as one of the issues the organisation has been speaking about “ad nauseam" to its members.

All of which begs the question, if your business is not online, why not?

The sectors with the least web presence are agriculture, forestry and fishing, according to the ABS. Transport, postal and warehousing all also sit below the average, while the construction industry reports less than 40% of businesses with a web presence.

We’d also be willing to bet there are a certain proportion of contractors and consultants who have their hands full, thank you very much, and are too busy, or just don’t want or need the extra phone calls and emails a web site would bring.

None of which is to say that getting online isn't important.