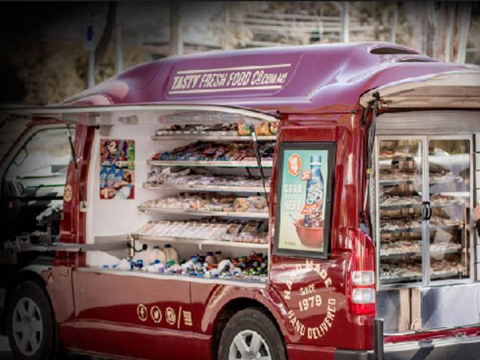 There is a diverse catalogue of cloud and on-premises business applications, and in several cases those programs are augmented by add-ons that extend their functionality in various ways.

Yet there are still situations where off-the-shelf software doesn't fit the bill, whether that's in terms of capability or an inability to integrate with other systems.

In those cases, custom applications can be the answer. We've previously seen that successful digital transformation can be a DIY affair and how one small business uses custom FileMaker applications demonstrating that products such as FileMaker make it possible for some small businesses to develop their own applications, or have them created at relatively low cost.

This month, we're looking at another FileMaker user, one that uses the product with a focus on mobility and integration.

Tasty Trucks is a mobile canteen business, delivering sandwiches, hot food and cold drinks to nearly 7000 workplaces from five depots in Melbourne (Tullamarine and Ferntree Gully), Sydney, Newcastle and Perth. Most of the company's growth occurred during the last five years.

"It's pretty much the local cafe, but on wheels," explained IT manager Doug Newnham. 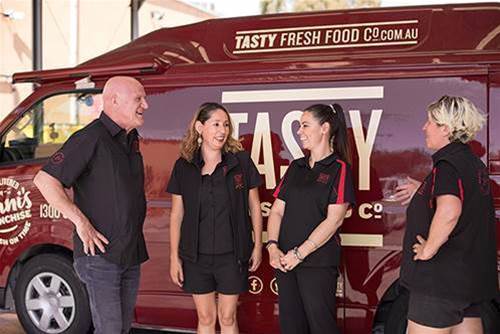 With around 380 staff plus nearly 40 'vanchises' - "one of our huge growth areas," Newnham said - Tasty Trucks is significantly larger business than those operated by most Business IT readers, but it wasn't always that way. When the company started in 1979, its systems were paper-based, but it soon computerised with a series of spreadsheets used to run the business. One of them was able to use information such as the day of the week and the weather forecast to predict with 90 percent accuracy exactly what should be loaded onto the vans.

The spreadsheets gave way to an Access database, and that in turn was replaced by SQL Server and supporting applications.

Tasty Trucks first used FileMaker to create a mobile app for relief drivers who weren't familiar with the particular round they were allocated. Although FileMaker is often seen as a self-contained database product, it has had the ability to connect to SQL databases since version 9.

That app saves the company around $500,000 a year, Newnham observed, making FileMaker "a business saviour." The magnitude of the saving comes from needing ten fewer relief drivers than would otherwise be required, as the app allows relief drivers to work almost as efficiently as a route's regular driver.

The success of that project made the company realise how beneficial a mobility strategy would be, and that led to the creation of a wide range of functions built with FileMaker but often drawing on the core database or other software.

Examples include food safety (e.g., recording storage temperatures), purchase orders, inventory, customer complaints, franchise management (which integrates with QuickBooks to raise invoices, etc), fleet management (including maintenance and servicing schedules), and maps (data from Nearmap is used to show relief drivers where to go, and also to identify areas where additional customers may be found, such as a new office or industrial park).

Information about customers - their location, the entrance to the site, where to park, and so on - can be captured on the fly and updated as necessary.

Even the staff phone directory is accessible via an app, allowing numbers to be dialled automatically.

Various auditing and checking functions can be performed from a tablet or phone. This includes van audits to check that stock returned to the depot equals what loaded onto the van minus what was sold, spot checks that there are no out of date items on a van (sandwiches and other items are barcoded, so they can be scanned for rapid checking), cash balancing (does the money deposited by a driver match the recorded transactions; also to simplify bank reconciliations), managing the cash float at each depot, and the automatic printing of cigarette inventory reports when vans return to the depot (that was "a significant technical challenge," because Tasty Trucks does not use AirPrint-compatible printers).

This is "all integrated with SQL" and hence to the back-office applications, Newnham explained.

Many of these functions have been incorporated into Tasty Trucks' main application, but some of the more specialised ones were implemented as individual apps, including the franchise onboarding app that is currently being developed.

On the subject of onboarding, the company doesn't only use FileMaker for mobile apps. Tasty Trucks uses the Employment Hero HR/payroll system, but that lacks an API that would allow integration with the back-office systems. A custom FileMaker app fills that gap, extracting data from Employment Hero and writing it to an SQL database.

A similar use concerns the new Tasty Micromarkets. These are small, refrigerated, completely self-service food displays set up inside larger workplaces so employees can grab and pay for a snack at any time. The commerce side is handled via another company's platform, and FileMaker was used to create an app that loads transaction details into the back-office systems to determine what needs to be restocked and to generate sales reports for the individual operator. While that report reveals any 'shrinkage' (the retail industry's polite term for what is likely theft, but can also include damage or errors), "so far they [employees at Micromarket sites] have been incredibly honest," said Newnham, even during an EFTPOS outage. 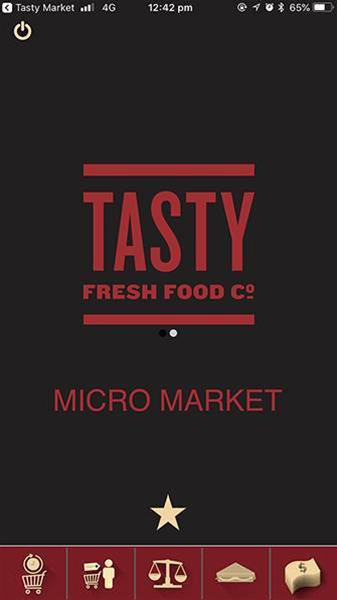 FileMaker's ability to bridge hosted and on-premises systems - and even completely disconnected systems via file export and import - seems to be unique, he said.

On a different tack, Tasty Trucks' in-house electronic noticeboards are driven by a FileMaker app. These large touchscreens display information about the company's latest promotions, welcome new staff, celebrate birthdays, and so on, as well as conducting internal surveys (e.g., "what's your favourite yoghurt flavour?").

One of the big advantages of FileMaker is "the ability to rapidly develop apps and make changes on the fly without relying on a third party," said Newnham.

He personally developed about two-thirds of the FileMaker apps, with the rest being done by another employee who joined the company about 18 months ago with no FileMaker experience, but who had worked as a C# developer.

Users can ask for changes to apps such as an adjustment in the size or colour of an onscreen element, and it's done in a matter of minutes. "It's just incredible."