Budget 2015: Time to Invest in Tech, and Anything Else! 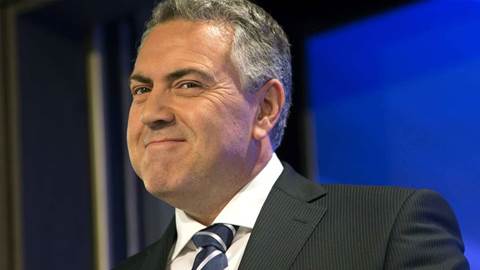 The Federal budget has reintroduced the 100 per cent deduction for equipment purchases by small businesses, but this time with a more generous limit of $20,000 per item. What could that mean for your business?

During the second half of 2014-15 income year, items costing $1,000 or more had to be depreciated. The threshold was reduced from $6,500 as part of the repeal of the minerals resource rent tax.

According to the Treasurer, Joe Hockey, computers, cars, vans, kitchen equipment, tables and chairs, machinery, tools and other items costing under $20,000 can now be written off.

The immediate deduction applies to as many items as a business can afford.

While it will take effect from last night - assuming the budget measures are passed - the scheme is designed for temporary stimulus: it only runs until the end of June 2017.

There's also an easing of the fringe benefits tax, with all mobile devices being exempted and the removal of the rule that only one item used for a particular purpose could be exempt. So it is now possible for an employee to receive a notebook and a tablet without one of them attracting FBT.

Other budget changes affecting small businesses turning over less than $2 million a year include a reduction in the tax rate from 30 to 28.5 per cent for companies and a 5 per cent tax discount up to a limit of $1,000 for unincorporated businesses (that's typically sole traders or partnerships).

And the Restart wage subsidy for hiring older unemployed workers has been accelerated. Instead of two instalments of $3,000 and two of $2,000 over two years, the whole subsidy will be paid during the first year of employment.

Restart still does not cover older unemployed people who are not eligible for income support payments. The measure was originally funded by the abolition of the mature age worker tax offset, which provided up to $500 tax relief to workers aged 55 or older on modest incomes.