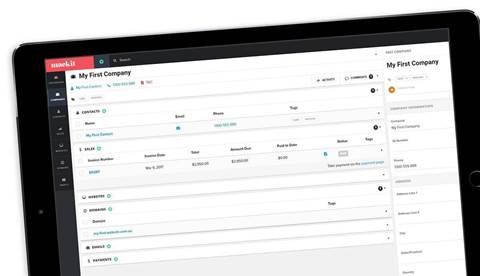 maekit has evolved from its web design roots and is now seeking to expand further.

Brisbane-based startup maekit has acquired the WP Remote management platform for WordPress sites, and is now looking to raise $600,000 in order to expand the company's customer base.

maekit has its roots in web design agency MyWork, which has produced 6,000 web sites for clients around Australia. MyWork needed a system to manage and automate the site-building process for multiple clients, and its profits enabled the development and commercialisation of what became maekit.

WP Remote was developed by Human Made, a UK-based WordPress development agency that built websites for newspapers USA Today and The Sun (UK). But it became something of a 'hobby' for Human Made, which decided to divest itself of the product.

The $40,000 acquisition of WP Remote gave maekit another 20,000 users, and its software now includes CRM, invoicing and payment processing (including eWay and PayPal integration), domain management tools with the ability to handle multiple registrars), and the ability to deploy content management systems such as WordPress with one click.

WordPress is used by an estimated 28 percent of the world's 10 million largest web sites, the company said, giving maekit a substantial addressable market. The company – which has so far relied on bootstrap funding – is looking to capitalise on that opportunity with a $600,000 initial funding round.

“Brisbane has become a bit of a WordPress hub in Australia. Along with maekit’s investment in WP Remote, Human Made has also established a strong Southern Hemisphere foothold in the river city.”