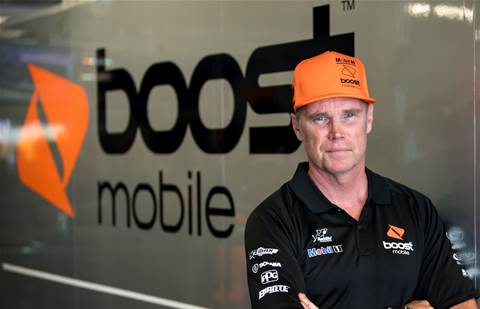 But said it’s not too late to make changes.

Australian budget telco Boost Mobile has slammed the Australian Competition and Consumer Commission for not doing enough for Australian mobile consumers after the TPG-Vodafone merger went through last year.

Boost Mobile founder Peter Adderton sent his comments to the media regarding the ACCC’s recent report, in which it found Australian customers will be paying more for mobile plans after Telstra, Optus and Vodafone/TPG increased their mobile plan prices over the past 12 months.

“The ACCC has let consumers down on the TPG-Vodafone merger, they had the opportunity to support competition in other ways, but instead let it slide,” Adderton said. “But it's not too late to fix it.”

Adderton said he met with the regulator in 2018 to urge them to look at the wholesale market and provide better protections for smaller telcos.

“This would have, in turn, protected competition in the market. The ACCC was solely focused on objecting to the Vodafone-TPG merger as its Plan A. They had no Plan B,” he added.

“I always said they were not going to be able to block it, and they should have instead taken the opportunity to make sure that the merger went through with protections.”

Adderton conceded that the major telcos had obligations with their shareholders, but said the ACCC should have worked with TPG and Vodafone to make sure mobile virtual network operators (MVNOs) like Boost had a place in their new combined network on favourable terms.

He added that prices have increased or are set to increase because the ACCC failed to protect the wholesale market and MVNOs, and that the regulator should take responsibility and “do something about it”.

“I’ve always said that Australia cannot support a fourth network, but we can support a healthy wholesale market. And it is through MVNOs, wholesalers and private brands that competition can be fostered.”

“There is a long history of MVNOs driving value for consumers, yet the ACCC didn’t give this part of the market the respect it deserved in terms of the role it plays in delivering choice, value and competition.”