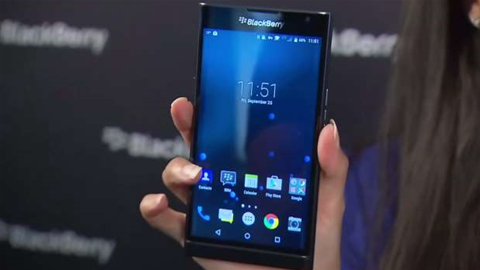 BlackBerry CEO John Chen is happy to put the company's hardware division on the chopping block as early as next year if the hardware business isn't profitable enough.

Speaking at Code/Mobile, via Engadget, Chen said he “never says never” to shutting down the device business and focusing entirely on providing security to other platforms.

Currently BlackBerry's Enterprise Servers is available on both Android and iOS. Perhaps a focus purely on security services for mobile wouldn't be a huge leap for the company, allowing it to provide additional security for other platforms such as Windows 10 Mobile.

Don't take Chen's statement as one of defeat, though: he plans to push BlackBerry's hardware business as hard as he can before giving up. Alongside the upcoming BlackBerry Priv Android phone, he also revealed that there will be two new BB10 devices coming soon – although he didn't state what they would be.

While the Priv should open BlackBerry up to a new audience more comfortable with Google's mobile OS, these two new BB10 devices may better suit enterprise-level and government-agency customers.

BlackBerry's hardware division has been failing rather spectacularly over the past few years. Many have wondered how the Canadian company could have fallen so far, so fast, but when Chen joined as CEO in November 2013 hopes around the company's successes lifted. Perhaps Chen's plan to jettison the hardware division will pay off – for now only time can tell.