BlackBerry Leap: worth remembering who Blackberry is? 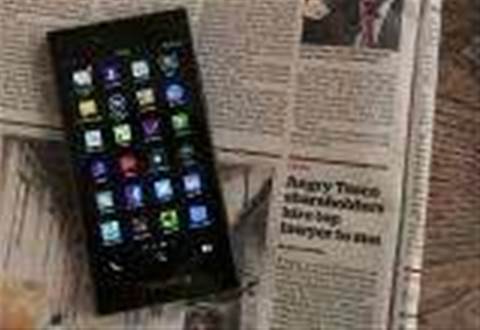 Just when we thought the one-time-premium "business phone" BlackBerry was gone forever, the reasonably priced Leap springs into view; can it persuade cost-conscious consumers to jump the Android ship?

Once lord of all it surveyed, former smartphone king BlackBerry (nee RIM) has had a long, dismal descent into mediocrity in recent times. It's a sad story: my very first smartphone was a BlackBerry 8820, and I was very fond of its excellent keyboard and mechanical scroll-ball. However, times move on and, as its latest offering the BlackBerry Leap demonstrates, it no longer has its finger on the pulse.

That's because the electronics hiding beneath the Leap's severely angled, black rubberised exterior are disturbingly similar to those found inside the Z10 - a smartphone from the start of 2013. 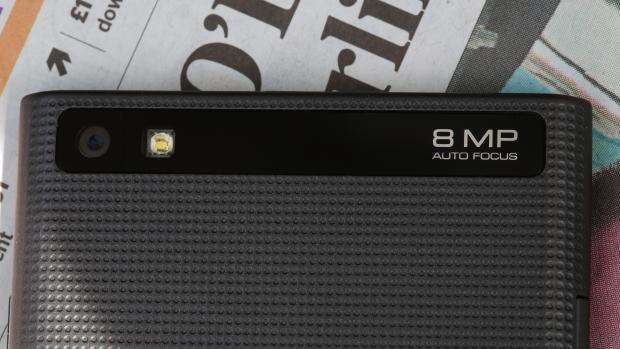 Thus, the Leap has the same 1.5GHz dual-core Qualcomm Snapdragon S4 Plus processor as the Z10, the same allocation of RAM, and the same 16GB of storage. Its cameras are doppelgangers for the Z10's as well – with resolutions of eight megapixels on the rear and two megapixels on the front – while connectivity leaves much to be desired. It does at least boast 4G support, but single-band 802.11n Wi-Fi is a disappointment and there's no sign of wireless charging or NFC.

The Leap isn't entirely identical to the Z10; the price, for one, is lower. Where the Z10 came in as a flagship phone, this is more mid-range at £200. The screen is 0.5in larger at 5in across the diagonal. The GPU is better, too: it's an Adreno 305 instead of the Z10's Adreno 225, and the physical design is a big departure with a more angular, aggressive and rubbery profile than the Z10.

None of this succeeds in making the Leap an attractive proposition, however. The design is, not to put too fine a point on it, unpleasant. The dark grey, dimpled soft-touch plastic that wraps around the sides of the phone and abruptly chopped-off top and bottom edges look ugly.

The power button is on the top edge in the middle, and awkward to locate and click with one hand. The buttons on the phone's right side don't have enough of a positive click and the rear panel isn't removable, so you can't get at the 2,800mAh battery.

There's a microSD slot under a flap on the left edge, and the build quality feels solid – but those are the only positive things to say about the design of the BlackBerry Leap. It's entirely uninspiring.

Perhaps the Leap's strongest suit is the quality of its display. Disregarding the fact that the resolution is a little on the low side at 720 x 1,280 (sharp enough at normal viewing distances), it's bright and contrast is excellent, lending colours real punch.

In fact, with a colorimeter I measured maximum brightness at an eye-popping 600cd/m2 and the contrast ratio at 1,058:1, both highly impressive figures; in all conditions, even the most sunny of days, the Leap remains perfectly readable.

Responsiveness and raw performance was a mix of the average and the awful. In day-to-day use, reading and responding to messages, and navigating around BlackBerry 10 OS, it feels perfectly responsive. Considering the age of the processor and how animation-intensive many of the transitions between screens are, that's pretty impressive.

In other respects, however, the Leap can be a real pain to use. Launching apps often takes an age and hefty desktop websites prove a real challenge for the Leap, with scrolling, panning and zooming gestures causing pages to shudder and judder their way around the screen.

Battery life is a bit of a mixture, too. If you're just checking your email, messages and receiving status updates from time to time - and snap the odd photo - the Leap is great. It will last one to two days, which is pretty impressive for any phone these days.

The problems arise when you want to do more with your phone. Watch a movie, stream a BBC iPlayer program, or play a game and you'll see the battery gauge nosedive sharply. This experience was reflected in testing. A 720p video played through the stock video app with the screen set to 120cd/m2 brightness used up battery capacity at a rate of 14.6% per hour, more than twice as fast as the LG G4.

The 8-megapixel camera isn't wonderful, but is adequate for a smartphone costing £200. It takes decent snaps in good light and has a flash for emergency use in the dark, but lacks posh extras such as optical image stabilisation (OIS), producing noisy images in low light. And if you're a selfie fanatic, look elsewhere: its 2-megapixel front camera produces over-compressed shots that are low in detail. 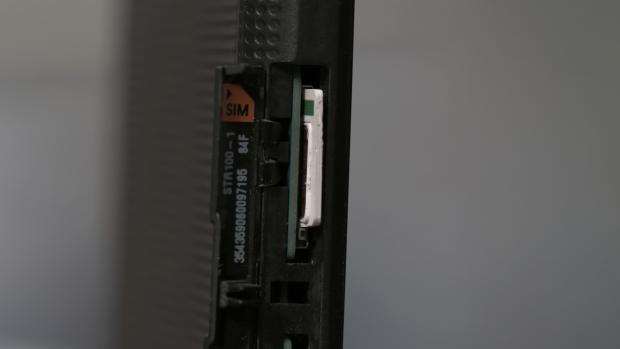 It's a shame, because there are signs of life on the software front. Since the first time I experienced BlackBerry 10 I've been a big fan of the messaging hub, which puts all your notifications – from Facebook status updates and emails to missed calls and text messages – in one place. It means you don't have to skip between apps if you don't want to, instead concentrating on getting things done.

I like the heavily gesture-driven navigation schema, too, which allows you to peek at notifications with a hold-and-drag of the thumb from the bottom of the screen from wherever you are, or access the multitasking view with a flick up and general settings with a flick up and then down.

The onscreen keyboard is a dream once you get used to its on-keyboard word suggestions. Often, I've found it's possible to complete whole sentences by starting with a couple of words, then flicking the rest of the predictions up, one by one, with my thumb. 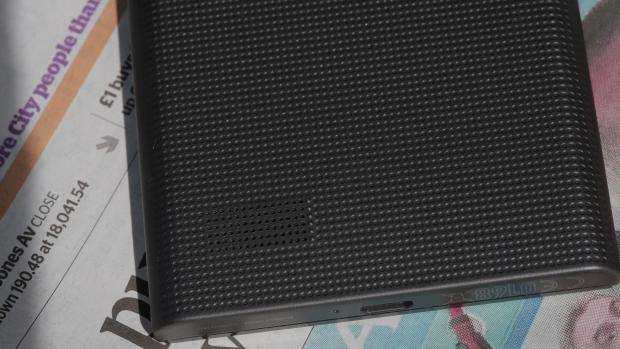 Elsewhere, BlackBerry Blend – which we first saw on the BlackBerry Passport – provides an interesting desktop-based view of the contents of your phone, from messages to photos and videos. And BlackBerry Assistant, although a touch slow to recognise phrases, does a decent job of delivering voice control. I particularly like the facility to access hardware settings such as Bluetooth and Wi-Fi and toggle them on and off. That's something that isn't currently offered by Siri or Google Now.

The old chestnut - app provision - continues to let BlackBerry down, however. Although you now have two sources for software – BlackBerry World and the Amazon Appstore – neither can match the breadth or depth of content on offer through either the iOS App Store or Google Play. It doesn't take a great deal of digging to find gaping holes, either, with plenty of popular apps – from Instagram and Slack to CityMapper – missing from both stores.

Having said all that, there are plenty of people for whom the BlackBerry Leap would perform a perfectly good job. It does messaging very well, battery life under light use is exceptional, and general performance is adequate. The display is exceptionally bright for a phone at this price, too, even if it isn't the sharpest around.

However, the Leap's problem is that the Android-based competition is even cheaper, a touch more capable, and a lot more flexible, thanks to Google Play and its greater choice of apps.