BlackBerry 10: Will it be "Crackberry" or more of the same? 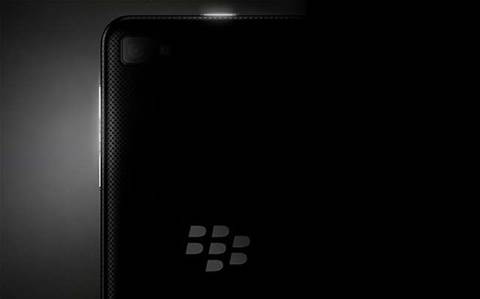 If you were a BlackBerry fan in years past, or you use one now, there's a brand new Blackberry on the way. See how BlackBerry 10 will work.

I have read and accept the privacy policy and terms and conditions and by submitting my email address I agree to receive the Business IT newsletter and receive special offers on behalf of Business IT, nextmedia and its valued partners. We will not share your details with third parties.
Clearly, the new Blackberry has a big job ahead if it's to convince people to switch phones.
But after a period where it it seemed to lose its mojo (the BlackBerry PlayBook hardly set the world alight), it is looking to bounce back with new phones running a-new operating system that takes a different approach to the BlackBerry you've seen before.
So if you were a BlackBerry fan in years past, or you use one now, what will the new BlackBerry 10 look like? We were given a short demonstration, and there seem to be a couple of important aspects to BlackBerry 10.
A new way of getting around the menus
Secondly, the usual way you use a smartphone iks to go into an app, out, then into another app and so on. BlackBerry 10 has a 'Flow' interface that makes it easy to move from one function to another without returning to the home screen to launch another app.
For example, you can view calendar events without opening the Calendar app.
Here is a video from a BlackBerry event, showing what the new interface looks like:
Separates your personal and work stuff
BlackBerry 10 also provides lets you separate your personal and business information.
While that's important to corporate buyers (for example, to make it easy to remove the organisation's data when an employee leaves or loses a phone, or to prevent business documents being attached to emails being sent from a personal account), it is just as relevant to some small business people.
This is in addition to other new features in BlackBerry 10, like the ability for apps to make the best use of the screen. For example, a weather app might show a detailed forecast for the coming week when it has the screen to itself, but just today's forecast and the current conditions when it only has an eighth of the screen at its disposal.
When will it be here?
The first two phones running BlackBerry 10 will be revealed on 30 January 2013.
The first phones  (and when that will happen probably won't be disclosed until the launch) will be have a full touch screen, while the second will combine a touch screen with a physical keyboard.
What about apps?
There shouldn't be any shortage of apps at the launch of BlackBerry 10.
Some 26,000 'alpha' phones running the new operating system have been in the hands of developers since May, and RIM has a target of 100,000 apps being available on launch day.
If you haven't bought an iPhone 5, Samsung Galaxy S III or HTC 8X, and you were once a Blackberry user, it will be interesting to hold off to see what the new Blackberry looks like early next year.
Copyright © BIT (Business IT). All rights reserved.
Tags:
10 blackberry hardware software
By Daniel James
Dec 11 2012
1:30PM